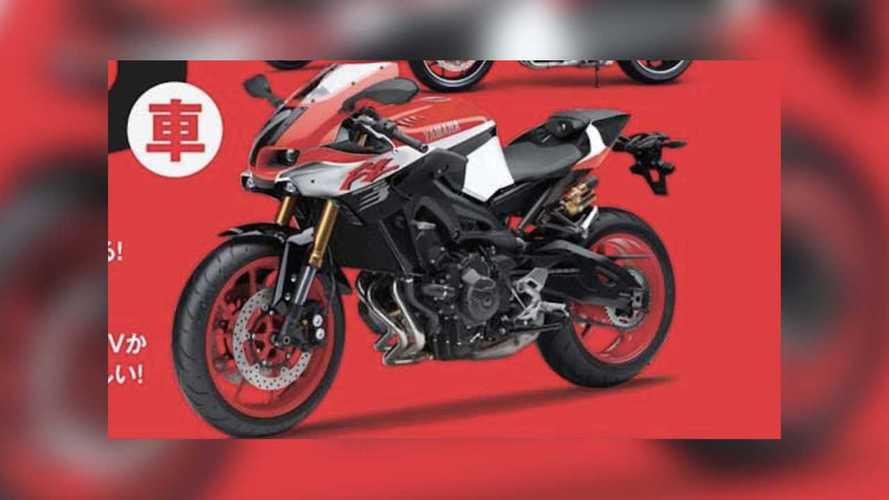 Return of the FZ.

A few years ago, Yamaha announced that it would change things up by dropping the North American FZ nameplate to replace it with the standardized MT naming convention used in the rest of the world. The decision put a temporary hiatus on Yamaha’s legendary FZ sportbike badge, but the hiatus could be about to come to an end.

After the 70s-inspired XSR700 and 900, rumor has it that Team Blue is getting ready to follow the ongoing 80s revival trend by bringing back its own icon—with modern underpinnings of course.

According to the folks at Young Machine, there’s more FZ cooking in Yamaha’s kitchen. The latest news out of Japan suggests that the House of Iwata could bring the FZ750 back to life using the the current MT-09 architecture.

The Yamaha FZ750 was a bit of a curiosity for its time. The sportbike was introduced in 1985 with a 749cc, inline-four engine that relied not on two or four but five valves per cylinder. The quirky design was inspired by the need to lower emissions while also maintaining sport-level performance. At the time, one of the solutions to the conundrum was to add more valves to increase the engine’s efficiency.

While most companies opted for a three or four-valve layout, Yamaha one-upped everyone by fitting the FZ750’s cylinders with five valves. That was a rather unusual decision, but it worked. The bike produced 100 horsepower at 10,00 rpm and according to reviewers at the time, its powerband was surprisingly flexible, with loads of useable power from the low 3,000 up to the 11,000 rpm redline. The whole fifth valve concept wasn’t so weird after all. The model was produced until 1991 and ultimately replaced by the YZF750 by the time the mid-90s rolled in.

Based on the bits of information Young Machine shared, the modern FZ could use the MT-09’s inline-three mill—a successful and popular powertrain for Team Blue, and one that would perfectly fit the returning model’s sports aspirations. While the Japanese publication says the engine and chassis will all be borrowed from the MT-09, its render of what the new bike would look like gives it an appropriate retro flair à la Suzuki Katana.

Of course, this is only a rumor and the manufacturer has yet to comment on the status of a possible new FZ, but an 847cc-based, fully-faired, neo-retro sportbike could be a really interesting addition to the lineup. There is room in Yamaha’s sports line up for a 900 YZF. Fingers crossed.