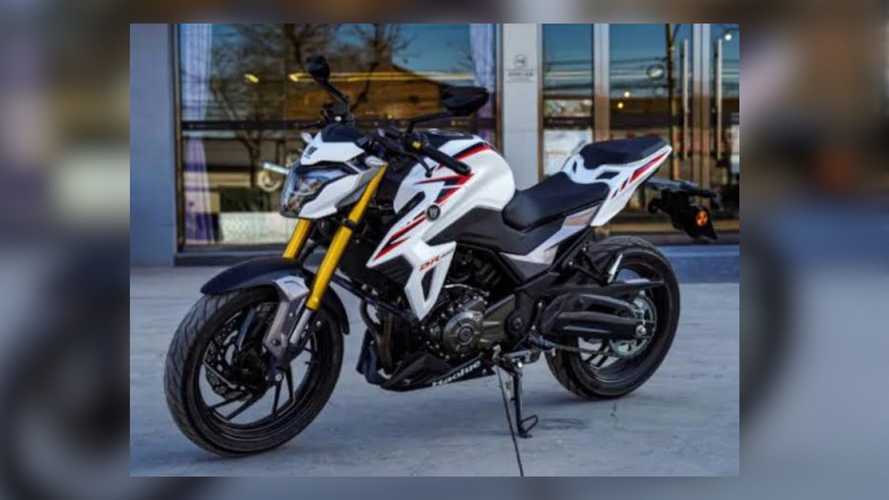 Suzuki has just revealed their newest mid displacement naked bike for the Asian market. Powered by a 298cc parallel twin engine, the Suzuki GSX-S300 bears the well-loved styling and ergonomics of Suzuki’s GSX line of naked bikes. Interesting to note is the fact that it’ll be launched in the Chinese market under a different nameplate. To be known in the Chinese market as the Haojue DR300, the Japanese-powered bike will be officially launched on June 16.

First showcased in 2018 at the Chingqin Mobo Fair, the Haojue DR300 features aggressive styling, unmistakable street fighter looks, and pretty decent features. LED lighting front and rear gives the bike a thoroughly modern aesthetic, while the chiselled tank gives off a menacing stance. Additional features include a set of mid-rise clip ons for a sporty yet manageable upright stance. A fully digital instrument cluster keeps things clean, and information abundant. To top it all off, the bike comes with inverted forks to give it an even more premium look and feel, as well as a slightly stiffer front end.

The Haojue DR300 produces 30 horsepower and 27.8 Nm of torque from its 298cc parallel twin. Mates to a standard six-speed transmission, the bike is expected to be both economical and fun to ride. Fuel economy is pegged at 32.8 kilometers per liter. As far as price is concerned, it’ll be selling in China for around CNY 35,000, or $4,900–rather competitive when pitted against its global competitors.