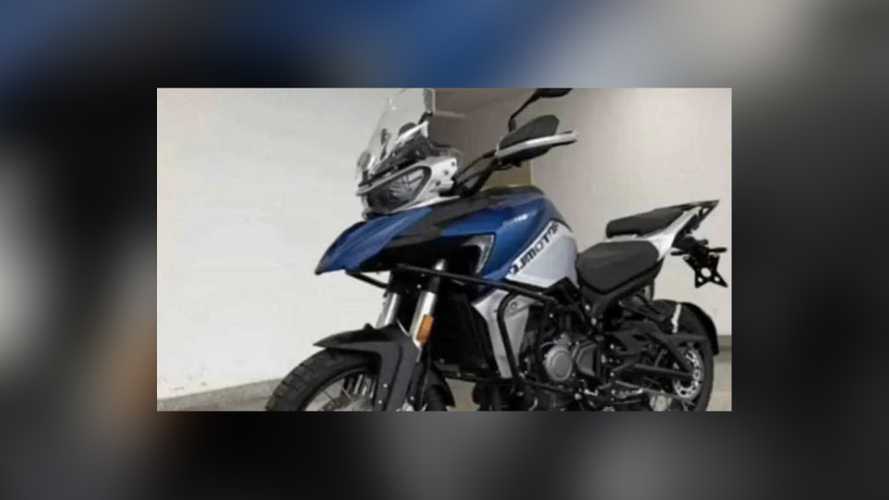 China’s QJ Motor just launched the SRB 750 adventure bike for non-European markets. It’s allegedly powered by the same 754cc liquid-cooled, inline four-cylinder engine that powers the 752S, only tuned to make around 81.6 horsepower instead of the 752S’s 77.

While there are currently no plans for the SRB 750 to venture into Europe, it may possibly set the stage for the long-rumored Benelli TRK 800 to paddle its way to Italian shores, and thence to the rest of Europe. People have been talking about this possibility since at least February 2019, speculating that Benelli wants to bring the off-road fight to the likes of the Triumph Tiger 800 and the middleweight BMW F 750 GS and F 850 GS models.

So Many Questions For Pesaro:

To be clear, the House of Pesaro has explicitly stated that when the TRK 800 comes, it will be developed entirely in Italy and bear little (if any) resemblance to the QJ Motor SRB 750. It’s worth remembering that the twin 2020 Benelli Leoncino 800 models unveiled at EICMA 2019 also feature the same engine used in the 752S.

Does that mean that a theoretical TRK 800 might feature a similar state of tune to its 752S-derived engine as the Leoncini? It’s entirely speculation at this point, with absolutely zero proof to back it up. Still, that theory seems like a distinct possibility. OEMs like to stretch, tweak, and repurpose engines they’ve taken the time to develop into multiple flavor variations, to get as many riders buying their bikes as possible. With the existing 800-ization of that 752S engine, it stands to reason that Benelli might want to take full advantage of what it has achieved.

Style-wise, we’d expect something along the lines of the existing TRK 502, not only because it will be that bike’s larger-displacement sibling, but also just because the 502 is already so popular. Taking advantage of styling cues that everyone already loves, and maybe tweaking them just a little so that they look fresher (but still bear a definite family resemblance) makes all the sense in the world.