Top Gun-Inspired Ninja Takes Us Back To The Danger Zone 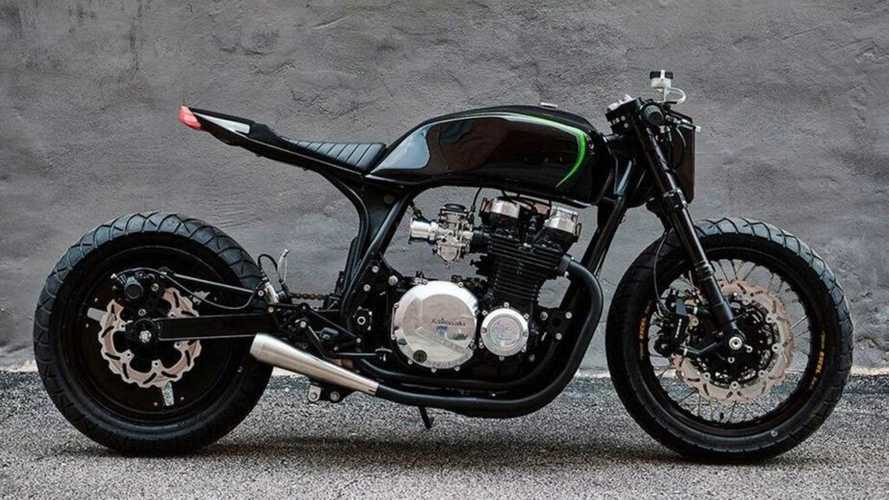 Take my breath away!

Top Gun was one of those movies that shaped American culture after its 1984 release. The action drama film solidified Tom Cruise’s star status in Hollywood, added nicknames like Goose and Iceman to the vernacular, and even made the Kawasaki Ninja a household name. Whether you rode bikes or not, you knew what a Ninja was, catapulting the model to a standing usually reserved for Harleys and Ducatis.

The GPZ900R that TC rode throughout the film aligned with his need for speed and renegade image. In the upcoming sequel, Maverick, the aging pilot takes it up a few notches with the berserk Ninja H2R. On the other hand, when Federal Moto decided to create a custom Kawasaki Ninja inspired by the Top Gun series, they opted for a throwback.

Still Got The Need For Speed?:

Starting the build with a bone-stock 1984 Kawasaki GPZ1100—the GPZ900R’s bigger sibling—the Chicago-based garage set out to contemporize the dated bodywork and performance. Cleverly named the Danger Zone as a reference to Kenny Loggins’ hit single from the Top Gun soundtrack, the big boy Ninja would undergo a major overhaul to meet today’s standards.

Using modern techniques like digital designing, 3-D printing, and water-jet cutting, the Federal Moto team turned the boxy GPZ1100 into a sleek and minimalist roadster. Gone is the square headlight and mini-fairing. The extended tail end is now svelte. The dual-shock set up gave way to a monoshock that simplifies the form and function of the bike. While the builders ditched the ‘80s-style headlight, the two vertically-mounted LED bars in a boxy housing recalls the aesthetics of the era.

In the performance department, the team upgraded the brakes with wavy rotors and dual Tokico four-pot calipers. The engine required a top-end rebuild, so Federal Moto returned the 1,089cc inline-four to factory specs and added a rack of four Mikuni carburetors. A Cerakote finish now protects the four-stroke fuel-injected mill and custom header pipes.

A transplanted Hayabusa USD front end and Brembo front master cylinder improve the handling and stopping power of the 36-year-old GPZ1100. Finishing touches include a glossy black paint base with subtle Kawasaki Green accents, custom leather and suede seat, and a MotoGadget gauge and ignition. If the Danger Zone doesn’t take your breath away, we don’t know what will.