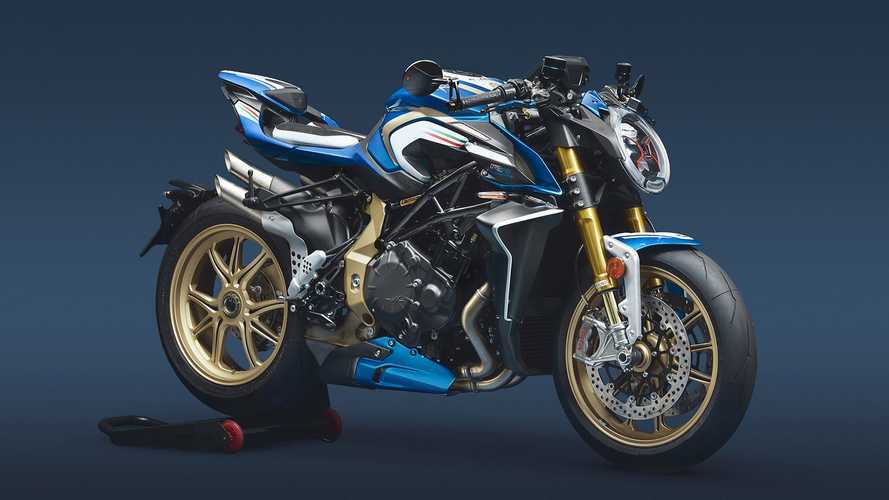 MV Agusta has a knack for coming up with gorgeous motorcycles available in extremely limited numbers offered at a price us plebeians can’t afford. Think about the drop-dead gorgeous Superveloce Serie Oro or even, more recently, the Rush 1000. You can look but you can’t touch.

The Italian firm is back at it and unveiled a unique new Brutale 1000 RR on Facebook, dubbed “Blue & White M.L.”. So unique, in fact, that this unit is the only one that will be produced. However, unlike the other limited editions, this isn’t yet another attempt at tantalizing us—the motorcycle was actually commissioned by the anonymous “M.L.” Some suggest the M.L. could stand for Marcello Lippi, the former Italian national soccer team head coach that lead the team to victory in the 2006 World Cup, but the manufacturer neither confirms or refutes the theory.

The custom Blue & White is based on the Brutale 1000 RR (as the name suggests) and the underpinnings are the same, including the 998cc, inline-four engine rated at 208 horsepower. To make it extra special, the model receives a special livery, inspired by former special editions, including the Brutale 910R Italia that celebrated the national soccer team 2006’s win and the several Brutale America.

In this case, MV Agusta’s Senior Designer opted for a blue and white paint job complete with golden accents on the tank, fork, swingarm, frame, and forged aluminum wheels. To showcase how exclusive the custom is, the manufacturer even added a 001/001 serial plate for good measure.

No price was revealed because who cares anyway—even if we wanted to buy one, there’s only one in the world and it already has an owner. If you appear to spot a Blue & White Brutale ripping down the street, feel free to chat the owner up, they’re probably a good friend to have.