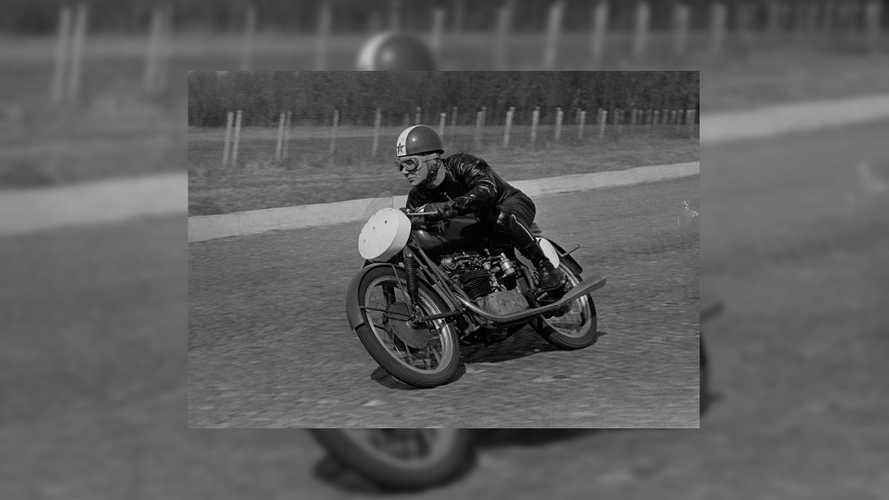 Italian racer dominated the podium in the 1950s.

One of the most successful motorcycle GP racers of all time has died. Italian roadracing legend Carlo Ubbiali passed away June 2, 2020, after weeks of illness. He was 90 years old.

Ubbiali won nine GP championships during his premiere series career, which spanned 1949-1960. Those wins included six 125cc titles and three 250cc titles. He won 39 out of 71 GP race starts, and was on the podium in 68 of those races; in his final year of GP racing, he retired as 125cc and 250cc champion.

Ubbiali had considerable success outside the GP circuits as well. He won five races at the Isle of Man TT, including both 125cc and 250cc wins in 1956. He had an impressive five-minute margin and two-minute margin in those races, respectively. The Lombardy-born racer was especially revered in his home country; along with his international success, he took several Italian national championships. In that era, a truly successful racer had to have well-rounded skills, and Ubbiali certainly qualified. He was also a successful long-distance endurance racer, and even won the International Six Days Enduro.

When he retired, Ubbiali was still at the top of his game, winning four 250cc races in 1960, and four 125cc races. He was riding with MV Agusta then; he’d started there, and rode MV’s bikes for most of his career, but he rode Mondial machines from 1950 through 1952. His career inspired others to follow. In particular, Giacomo Agostini praised Ubbiali’s combination of riding talent and race smarts.

That on-track intelligence kept Ubbiali out of any serious crashes during his career, during a time when on-track fatalities were far too common. At the time of his death, Ubbiali was the last surviving rider from the 1949 GP racing season, the first year for the series.

Agostini and later Valentino Rossi both managed to surpass Ubbiali’s record as the winningest Italian GP rider, but many in the country still had considerable respect for the trailblazer. In 2019, more than 50 years after retirement, Ubbiali was presented with a Collare d'oro award for his sporting success.

RideApart wishes to express our condolences to Ubbiali’s family, friends, and fans.