Soriano Motori Is Making An Electric Bike With A Boxer Setup 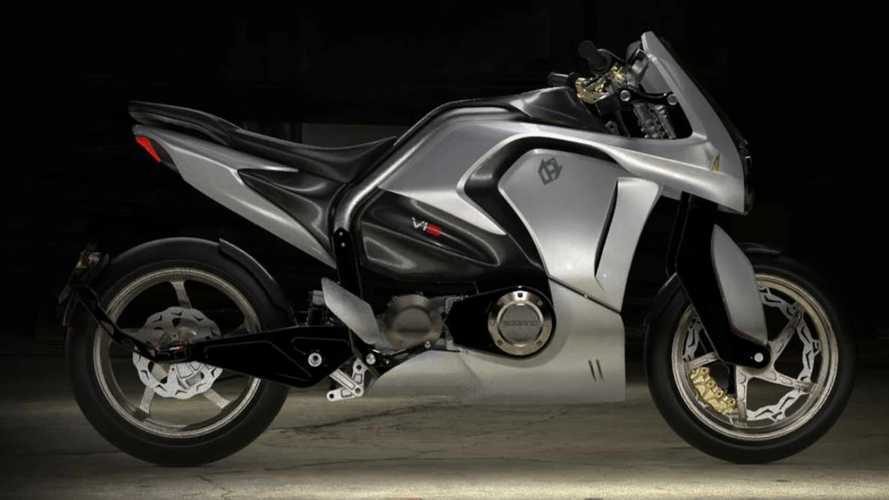 Full details have yet to be revealed, but preorders are open.

Another historic Italian motorcycle marque is making an electrifying comeback! This time, the name may not be as familiar, but it’s still storied. Although not as well-known as others of similar vintage, Spanish engineer Ricardo Soriano built both automobiles and bikes. His outboard motors, which were built in cooperation with Ossa founder Manuel Giró, were apparently what Americans copied when storming the beaches of Normandy in 1944. Soriano stopped making motorcycles in the 1950s, but now the name is being revived in a new form for the 21st century.

The new Soriano Motori is an Italian manufacturer founded in May 2019 by investor Marco Soriano (any relationship between the two is unclear; they may simply share a surname). The company plans to release three different versions of its high-end electric sportbike in 2021. They’ll each feature two electric motors in a ‘boxer’ configuration. The official unveiling is planned for EICMA 2020, but let’s take a look at what we know so far.

The Soriano EV Giaguaro (which means ‘jaguar’ in Italian) will come in three flavors: V1R, V1S, and the top-of-the-line V1 Gara. All three will feature Soriano’s duo-flex electric motor, as well as 3 gears. The two motors can work together or independently for greater efficiency, Soriano Design and Product Development Director Sergio Moroni told Motorbike Writer in an exclusive interview.

The company is currently hard at work on its prototype, which it will display at EICMA later this year. Right after the show is when Soriano plans to go into full production mode, to build its limited-edition series of 100 bikes, each numbered and signed. If all goes according to plan, customers who have pre-ordered any of the three levels of Giaguaro should take delivery some time in Q1 of 2021.

The 2021 Giaguaro line will have a claimed range of at least 150 kilometers (or 93 miles) and a top speed of over 180kmh (111.8mph). For further concrete details about the motors, or indeed anything significant about this bike, we’ll have to wait until EICMA 2020.