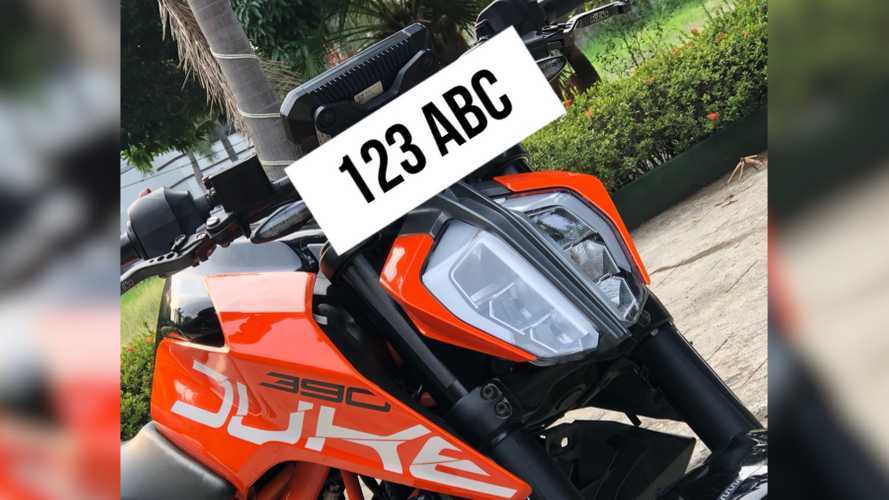 Oh yeah, motorcycles now need to have a license plate at front, too.

The entire riding community in the Philippines is in a great deal of disdain and uncertainty after the implementing rules and regulations (IRR) of Republic Act 11235 were finally released to the public early last week. For those unaware, the law, which has been a hot topic for the last three years, requires motorcycles of all sizes to bear license plates on the front and rear which must be visible from a distance of 15 meters. This poses several problems, as not all motorcycles have the capability to bear front license plates, and the law states that it is the owner’s responsibility to find a way to secure a front plate onto their bikes.

The law was first proposed several years ago, and is supposedly an effort to reduce motorcycle related criminal activity ranging from petty theft to assassinations. There is however, a gaping hole to this premise. What criminal would use their own motorcycle, with their own license plate installed? Absolutely none.

Yes, I know other countries such as India and Indonesia require front plates for their motorcycles. However in their case, the bikes already come with the necessary attachments to mount a front plate supplied by the dealer. Nonetheless, this caused several peaceful protests by motorcycle rights activists which kicked off a long and convoluted process, ultimately resulting in the law being adjusted. Instead of a metal front license plate, the law now requires a decal measuring 135 mm by 85 mm to be displayed upfront. The rear plates will also be significantly larger at 235mm by 135mm. Despite being more convenient and posing less of a safety risk to riders, the front decal still poses several problems as far as installation is concerned.

However an even bigger problem with the law that greatly surpasses the issue of the front and rear license plates are the hefty fines imposed for those who violate the law for whatever reason. For instance, those caught without a front and/or rear license plate can be fined anywhere from Php 50,000 ($1,000) to Php 100,000 ($2,000). To top it all off, this may even land you in jail, as stipulated in the IRR. The same goes for registration and transferring ownership of motorcycles purchased second hand. This came to the attention of President Rodrigo Duterte, who, being a rider himself, promised to have the penalties revised last year. However, to this date, no action has been taken and the newly released IRR clearly states the same harsh penalties.

The stipulated penalties for not having either a front or rear license plate.

It is important to note that the average Filipino worker who relies on his or her motorcycle for daily commuting makes less than $500 a month. On what plane of existence do these penalties seem fair? Especially given the fact that a license plate can be lost under a variety of circumstances that aren’t necessarily the owner’s fault. This makes it even harder for the general public, given the fact that the Philippines isn’t exactly known for having morally upstanding public officials and police officers.

To make things even worse, the implementation of this law was released smack in the middle of a global pandemic—in a time when motorcycles in the form of food deliveries and transport of essential goods and services are literally keeping the country alive. In a time when people are struggling to put food on the table because of widespread unemployment, the government imposes even tighter restrictions on the vehicles greatly responsible for keeping the economy afloat.

Hundreds of thousands of citizens have voiced their opinions and concerns on this law through social media. Labeling it as anti-poor, discriminatory, and unjust. Undoubtedly, the penalties imposed by this law are unconstitutional and by no means fair for those involved. The timing of its implementation as well, seems to have been curated such that no protests against it can be carried out due to the lockdown situation.

In a country that prides itself of great democracy and freely elected leaders, I find it extremely sad how people in power—elected by the very people they’ve sworn to serve—can blatantly turn a blind eye to the needs of their people, especially in times as hard as the present.