This 1966 Jawa Road King Was Ordered From A Catalog 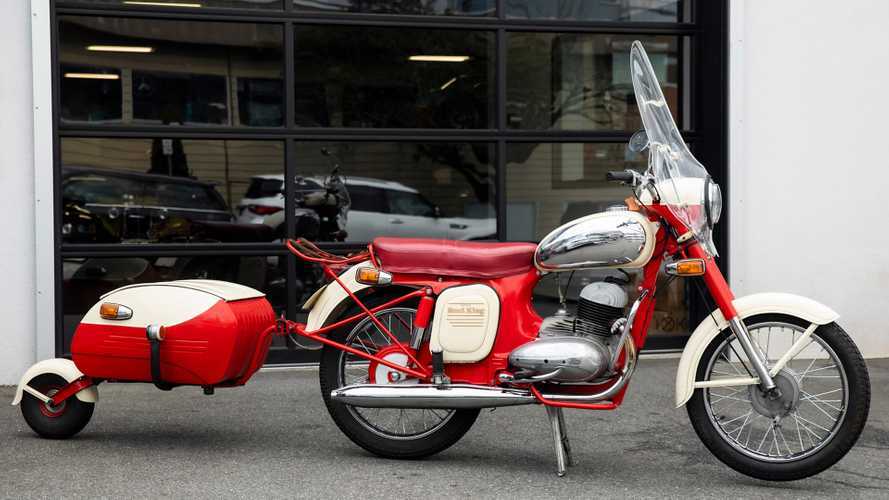 How would you like to buy a motorcycle via mail order? These days, riders can only buy a new, brand-name machine through a dealership. That said, online outfits have been flogging Chinese bikes through their websites for years, and the COVID-19 pandemic has opened up some temporary online options. Those are rare exceptions, though, and most people still just go to a dealer for their motorcycle fix.

Back in the 1960s, though, there was another option: mail order. Various mail-order companies offered bikes, including Sears and Roebuck and Montgomery Ward in the U.S. market, and Eaton’s in Canada. You flipped through the catalog, picked the bike you wanted, and it showed up in the mail. That’s where this 1966 Jawa 350 Road King, currently up on Bring a Trailer, came from—an Eaton’s catalog order.

Jawa hasn’t been competitive in western markets for decades (that’s what happens when your factory is on the wrong side of the Iron Curtain during the Cold War). Now, sadly, it’s a zombie brand. Jawa is currently owned by Indian manufacturing giant Mahindra, which is reportedly looking to rejuvenate the line, or at least make a killing off T-shirts.  In the 1960s, though, Jawa was based in reluctantly-Communist Czechoslovakia, and its machines were popular in many countries and with many successful racers.

The machine here, a 350 Road King with a PAV40 trailer, is small by today’s standards, but would have been a full-sized machine in the 1960s. Typical for Eastern Bloc bikes, it’s powered by a two-stroke parallel twin, with four-speed gearbox and chain drive. The gear shift (on the left side) doubles as the kickstarter, which is just weird. When new, the 350 Jawa made around 18 horsepower.

From the photos, this Road King appears to be in very good cosmetic condition. The odometer reads 13,000 miles, although that may not be accurate. The machine has 19-inch tires front and rear, with drum brakes standard at both ends. There’s a rack and windshield on this bike, and crash bars—the ultimate farkle package, in 1966.

The bike comes with some other cool extras: There’s a spare tire for the trailer, an Eaton’s catalog, a spare parts catalog (good luck filling the order, though!), and a workshop manual. The trailer seems to be classified as a sidecar, and doesn’t need registration. The bike itself has a registration from British Columbia, Canada, although it shouldn’t be too difficult to ship it anywhere in the world.