U.K. And Ireland Are Getting A Harley-Davidson FXDR 114 Limited Edition 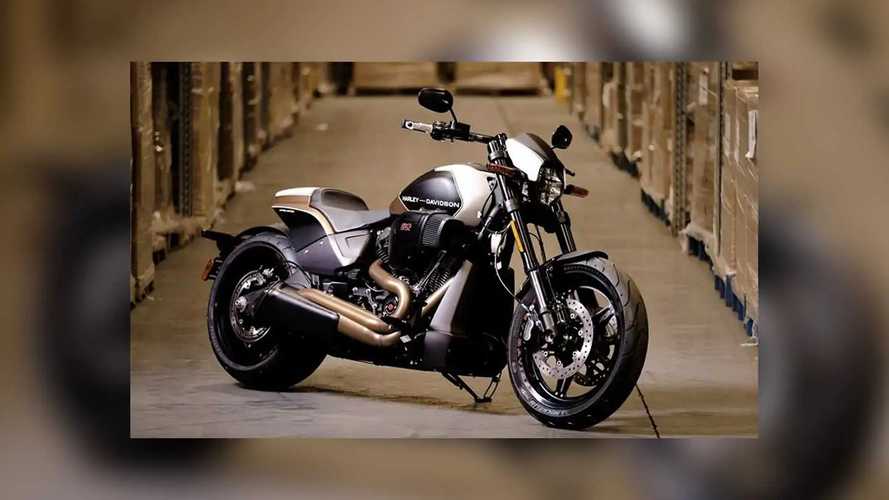 The specialized Softail will only be released in a short production run, with customization work done overseas.

Harley-Davidson is bringing a new Big Twin to the U.K. and Ireland. The FXDR 114 Limited Edition will see a very short production run, in a year where Harley-Davidson is focusing on its best-selling machines, not low-volume bikes. Some of the customization work will actually be done in the U.K., not the U.S. factories.

The base model FXDR 114 broke cover in August, 2018, as Harley-Davidson's modern-day muscle cruiser. Harley-Davidson combined its Milwaukee Eight 114 V-twin engine with the Softail chassis, and added an aluminum swingarm that cuts weight and accommodates a 200mm rear tire. Throw in four-piston dual-disc front brakes, Michelin Scorcher tires, aggressively-styled bodywork and a wide handlebar, and there’s your FXDR 114, a contemporary cruiser that handles well (with more lean angle than any other Softail model).

Wild Times At The Motor Company:

The FXDR Limited Edition will be mechanically identical to the standard model—same engine, same chassis, same brakes. The main difference is the paint job. U.K.-based Image Design Custom is spraying the Limited Edition models, with a white/black/gold finish, and hand-painted pinstriping. As it’s an official “factory” paint job, it will be covered by warranty. Harley-Davidson also put a different drag-style handlebar on the Limited Edition.

The other big difference between the Limited Edition and the regular FXDR 114? Harley-Davidson is only selling 30 Limited Edition machines, an extremely small production run that basically allows every dealer in the U.K. and Ireland to sell one.

As far as factory customs go, the FXDR 114 Limited Edition is nothing too wild. It is, however, very interesting to consider the big picture. Harley-Davidson is reportedly planning to focus this year’s production on high-volume models, restricting the options available for order from the factory. As well, the MoCo is also reportedly planning to cut its 2020 production run, and told some U.S. dealerships they’ll receive no more new machines this year. Once existing new 2020 models are sold, they’re sold, and they’ll have to wait for 2021 machines.

With all that in mind, it’s intriguing to see Harley-Davidson still offering a limited-edition paint run—just in super-low volume, and with the actual customization work done by a third party. Will this be the future for the company, or is it a stop-gap measure to appease high-roller customers while the U.S. factories overhaul production lines? Time will tell.