MotoAmerica's First 2020 Race Weekend Will Have No Spectators 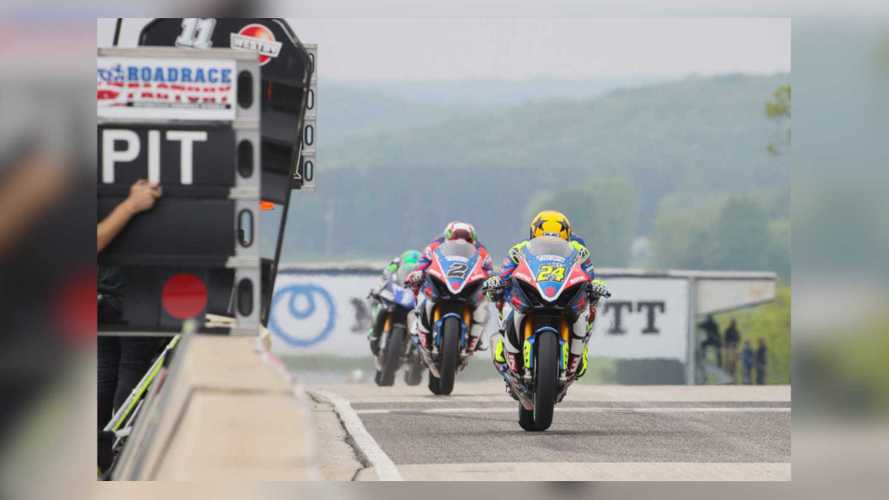 Fans can only watch from home.

Motorcycle racing in 2020 is shaping up to be a lot different than we ever could have expected over the winter. As recently as April 17, 2020, MotoAmerica had plans to go through with its first race weekend of the season. That race was to be held over Memorial Day weekend (May 29-31, 2020) at Road America in Elkhart Lake, Wisconsin. At the time, I had doubts this event would be held as planned due to various factors. The first round of the 2020 MotoAmerica season WILL happen on schedule at Road America. Thing is, there won’t be any spectators allowed.

The plan, according to race organizers, is to still conduct all five classes of racing: Superbike, Supersport, Liqui Moly Junior Cup, Stock 1000, and Twins Cup. The event will be televised on Fox Sports and MotoAmerica Live+, but no spectators whatsoever will be in attendance.

Additionally, the opening round of the MotoAmerica Mini Cup will not be taking place over Memorial Day weekend. Instead, it’s been moved to the June MotoAmerica at Road America round. That’s not a mistake; MotoAmerica will return to RoadAmerica over the weekend of June 26 through 28, for what it’s planning to be a regular race weekend, complete with spectators, camping, and everything you’d normally expect.

For fans of summer motorcycle events in the region, you may already have had that weekend marked in your calendar as Vintage Motofest weekend. That’s still going on during the newly added MotoAmerica Superbike weekend event. It’s unclear how the race scheduling will work, but the full schedule of weekend events should be posted closer to the day.

If you previously purchased tickets for the Memorial Day MotoAmerica Superbike Weekend at Road America, including camping tickets, those will all be honored for the June event instead. No mention is made of refunds if you can’t make it that weekend, with the official press release instead stating that you are “encouraged to hold on to those items for June 26-28.” Road America’s general ticket policy is that there are no returns or refunds, but you may wish to contact them to confirm given these extraordinary circumstances.