This Is The Cutest, Most Awesome Honda Cub LEGO Sculpture Ever 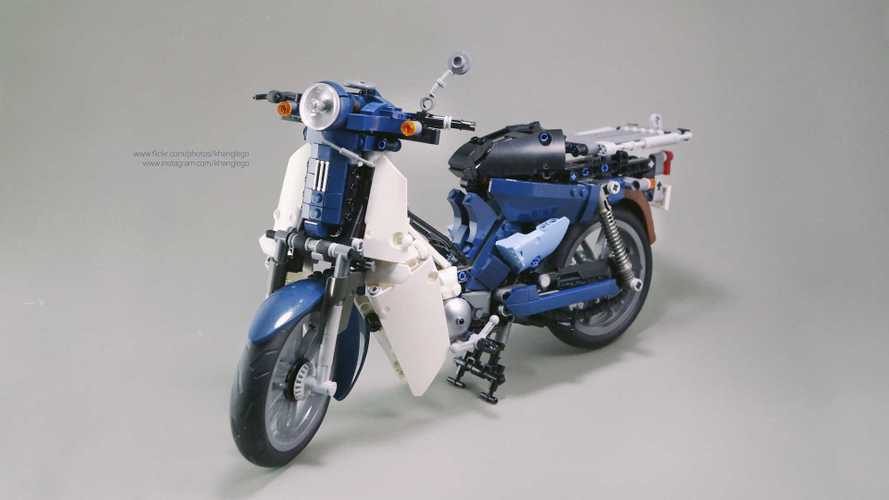 Give it to me now!

Most LEGO fans out there buy the sets, follow the instructions, and proudly share pictures of our pre-planned plastic brick sculptures on their social media. Then there are those who take things to entirely new levels of 3D mastery.

Did you know that “LEGO Master Builder” is an official job title? This means that there are people in this world whose job is to create LEGO. Don’t expect them to follow the usual step-by-step instructions—they create their own designs and instructions which often results in some spectacular sculptures. Since we’re partial to bikes, we’re obviously interested in what two-wheel designs these Master Builders can come up with. Well folks, we've just found our new favorite build. Forget the Ducati Panigale V4 and the Harley-Davidson Fat Boy sets—we want this Honda Cub set!

Builder Khang Huynh has an impressive collection of custom builds. From food-inspired sculptures to a little bonsai tree to a selection of grungy-looking shacks, the Vietnam-based builder demonstrates some serious LEGO-Fu.

Our favorite creation, however, is the cutest little Honda Cub you’ll see today. Built using what looks like LEGO Technic bricks and screws, the builder came up with this painfully adorable design that makes us wish it was part of LEGO’s official product catalog.

From the little rack, dual shock suspension, and steering damper to single headlight and tiny license plate, the attention to detail is impressive. Just in case the bike isn’t adorable enough on its own, in some of the shots, the builder also loaded the Cub with plants and bags to carry. Cuteness overload.

Sadly (for us), this isn’t a kit we can buy and brag about on Instagram. Unless someone decided to pitch the idea to LEGO Ideas. Nudge, nudge, wink, wink, know what I mean, say no more.