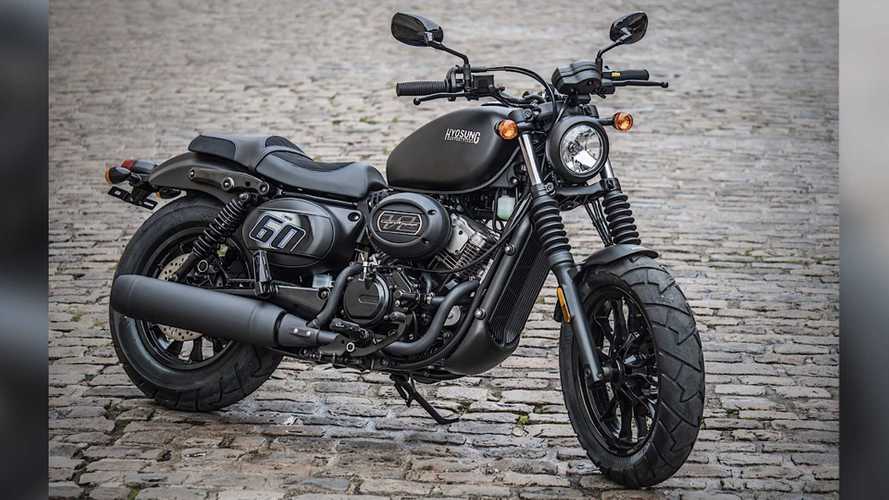 Korean automakers are becoming increasingly popular. Names such as Kia, Hyundai, and SsangYong (in Europe) are now staples of the automotive landscape. On the motorcycle front, however, Korean companies have yet to reach the same level of popularity.

One of those companies named Hyosung managed to carve itself a little place on the global market. It first appeared in the U.S. a little over a decade ago and started importing and selling a variety of affordable, small-to-mid-size displacement motorcycles. The best part is that, for the price point, the company makes decent bikes. So, when there’s talk of a new model coming Westward, we're understandably curious about it. Especially when that new model rocks a name like “Bobber”.

ATK, Hyosung to collaborate on bike range for Harley dealers

Hyosung announced that it will launch a new GV 300 S Bobber on the European. The model will slot in-between the entry-level 250s (GT and GV) and the GV 650 which is a nice, complementary addition to an otherwise bare and admittedly underwhelming lineup. Now, here’s why you should be curious about this bike too.

First, the company has a widespread network of dealers across the U.S. so we can easily suppose that the model will eventually make its way here. Second, all things considered, it’s a good-looking bike. Don't be fooled by the size of its engine; this Bobber looks muscular and elegant, all clad in black. The main reason the Bobber is so interesting, however, is that it’s powered by a 300cc V-twin. You read that right.

See, Hyosung has a knack for making small-displacement V-twins, which is both a weird and a wonderful thing. Weird because such a small V-twin almost seems exaggerated—we’re used to Harley’s big bores, I suppose. Wonderful because, once you get to test it, it starts to make sense.  The V makes the ride much smoother than a single or a parallel twin which makes you seriously wonder why there aren’t more of them.

Now if only it could actually make its way here so we can give it a whirl.