If You Want This Honda CT90, Act Fast 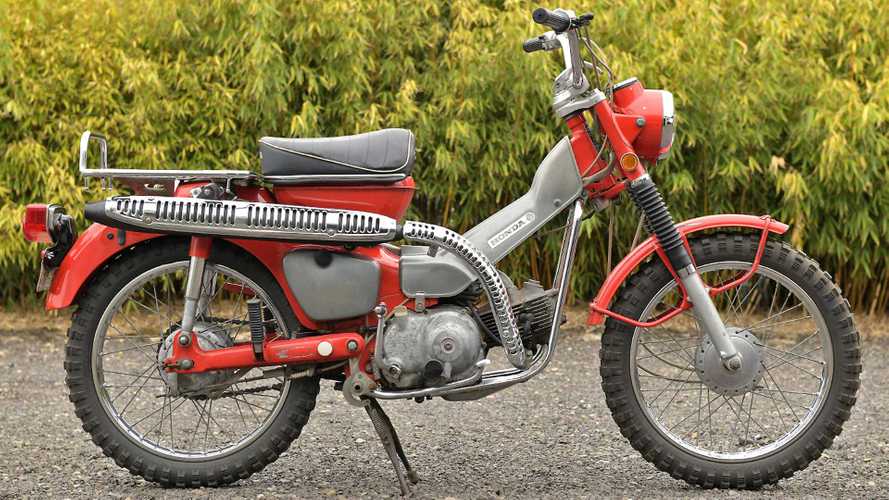 The granddaddy of the CT125 was a rugged bike.

The Honda Trail 90 was one of the more popular offerings in the CT line. In the 1970s and 1980s, Honda had lots of trail bikes and dual sports in the lineup, but most of them were intended to provide some manner of off-road thrills. That wasn’t the case with the CT series. These machines were sort of a scooter-motorcycle hybrid with a semi-step through frame, horizontally-mounted engine, and a clutchless shifting arrangement. Low seat heights, low weight, and low power made these machines easy to ride. They weren’t peppy, but they were fast enough for secondary roads. If you were careful, you could ride them through almost any terrain.

Honda killed off the Cub-derived CT models in many markets as customers moved towards faster machines, but the CT soldiered on in Australia as the beloved “postie bike” for decades, serving as a mail carrier’s mount. These bikes were also popular in some African countries, as they offered sensible all-terrain capability for under-developed road networks.

This CT90 was derived from the C90 Cub. It has an air-cooled 89cc engine, with dual-range, four-speed gearbox and semi-auto clutch. The tires are 17-inchers, good enough for slow off-road adventuring.

The CT90 wouldn’t have as much snap as the later CT110 models, but a really speed-mad owner could modify the engine to boost output. That probably wouldn’t make sense; this appears to be a relatively unmolested example of a bike that would have been very early in the CT production run. There aren’t many dual sports from 1970 that look this good, especially when you look at CTs. These bikes were tough, and were rode hard and put away wet for decades. It’s very hard to kill a vintage air-cooled Honda.

The chrome on this CT90 looks to be in pretty good shape, especially for a 50-year-old machine. There’s no word in the ad as to whether this is a restoration, but it certainly has a respectable, slightly weather-beaten air to it. There’s a video of the machine running, too.