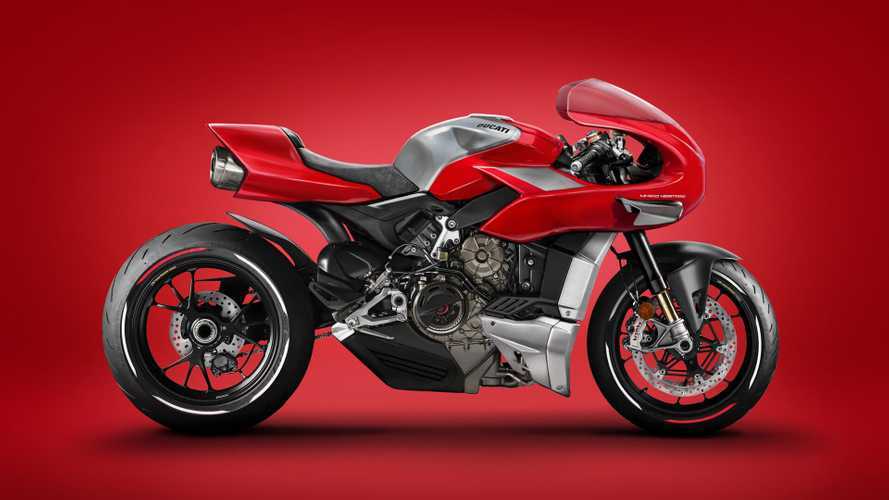 Mike Hailwood would be proud.

In 1978, legendary racer Mike “The Bike” Hailwood came out of retirement to race a specially-built 883cc Ducati in the Isle of Man TT. After being away from the sport for 11 years, Hailwood captured the win and provided Ducati with inspiration for decades to come. To capitalize on Hailwood’s success, the Borgo Panigale firm released the 900 Replica in 1979 and the Mike Hailwood Replica (900 MHR) in 1984.

Nearly two decades later, famous Ducati designer Pierre Terblanche went back to the well for the MH900e. With the ‘e’ in the nomenclature standing for evolution, Terblanche outfitted the modern classic with a desmodromic 904cc v-twin and swapped the red and green race graphics for a red and white paint scheme. During the limited run between 2001 and 2002, Ducati produced 2,000 examples of the MH900e and the model took on a legendary status of its own. Now, nearly two decades after Terblanche’s version of Mike Hailwood’s bike, Jakusa Designs reimagines the MH900e with today’s latest engineering and technology.

Hungary-based Jakusa Designs primarily creates digital concepts for cars and motorcycles. For its MH900 Heritage design, the firm used the Ducati Panigale V4 R as a base and sculpted flowing lines of classic road racers around it. The first element that most people will notice is the retro bubble fairing with integrated winglets. While the technology wasn’t around during Hailwood’s time, the downforce created by the winglets helps keep the Panigale’s front end on the tarmac—a feature most riders would welcome at 168 mph.

The V4 R’s red and silver tank already played into Jakusa’s color scheme and the superbike’s dry clutch made the jump as well. However, the concept artists decided to reshape the Panigale’s tail section for a simplified form that required filling in the aggressive aerodynamic slots. The designers also folded in components from Ducati’s new Streetfighter V4 with the radiator guard and side panels, protecting the important bits that the Panigale’s full fairing typically covers.

Of course, the V4 R’s Brembo brakes and fully-adjustable suspension made it onto the MH900 Heritage design, but the star of any Panigale is the engine. With a compression ratio of 14:1, the liquid-cooled, dual-overhead-cam, V4 pumps out 221 horsepower and generates 83 ft-lb of torque. Whether Jakusa’s concept is ever realized, we hope that Mike Hailwood’s legacy continues to provide design inspiration for the next four decades.