This Little Honda XR75 Can Be Yours 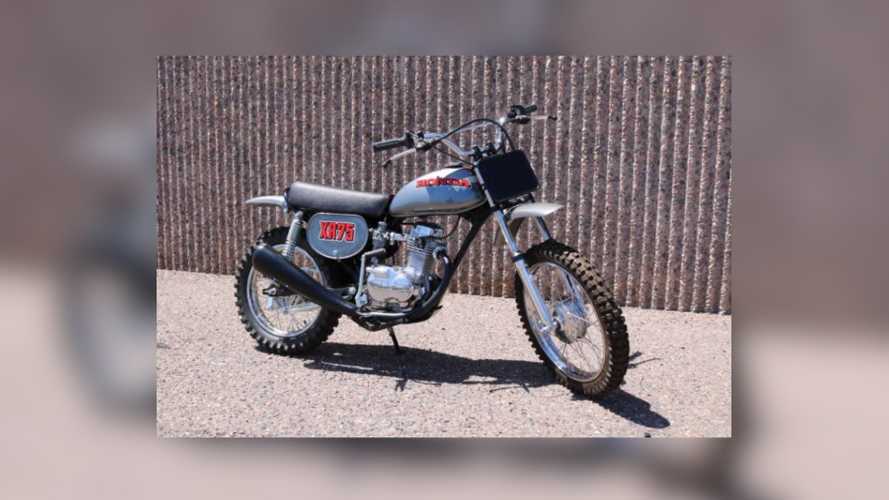 This bike would definitively make for a fun little off-roader

There’s something so innocently pure about small displacement dirt bikes. None of the pretenses or insecurities found in extreme high performance machines trying to prove something. In many ways, off-roading encapsulates the very freedom associated with motorcycles due to the fact that you can go literally anywhere your bike can take you. Not to mention, the simplicity of the machines meant that they could take abuse other bikes couldn’t.

For most riders, off-road riding was their gateway drug into street riding. Many street riders also do off-road riding on occasion simply because of how fun it is. An awesome bike to start for both on and off-road use was the Honda XR75. With a 72cc four stroke engine, the XR75 had a top speed of just 40 miles per hour. It’s four speed transmission provides easy learning for first time riders, as well as mindless fun for seasoned riders looking to goof around.

In particular, this 1973 Honda XR75 is finished in a cool silver with red accents. Now a rather iconic machine in Honda’s lineup, it no longer sells for used beginner bike money. In fact, the current bid as of this writing is at $3,500. Coming to us out of Phoenix, Arizona, this XR75 has been on display since 2012, and underwent a thorough restoration prior to being put on display.

Part of that restoration was a custom paint job in silver with red accents. Designed to highlight a feature found in only the 1973 models, the tank is finished primarily in metallic silver, adorned with red stripes and decals. The seat had also been reupholstered to factory spec.

Gallery: This Little Honda XR75 Can Be Yours

Additional features include chrome wire-spoke wheels, front and rear drum brakes, a front number plate, and a side stand. The bike comes with complete documentation and an Arizona bill of sale. Overall, the bike looks as fresh as it did in 1973 and presents itself as a true collectors item—no longer the cheap little beginner bike it once was. Although, if you were to purchase this gem of motorcycle history, what’s to stop you from putting it through its paces on the trails?

Bidding for this bike closes in six days, so be sure to drop by the original ad here.