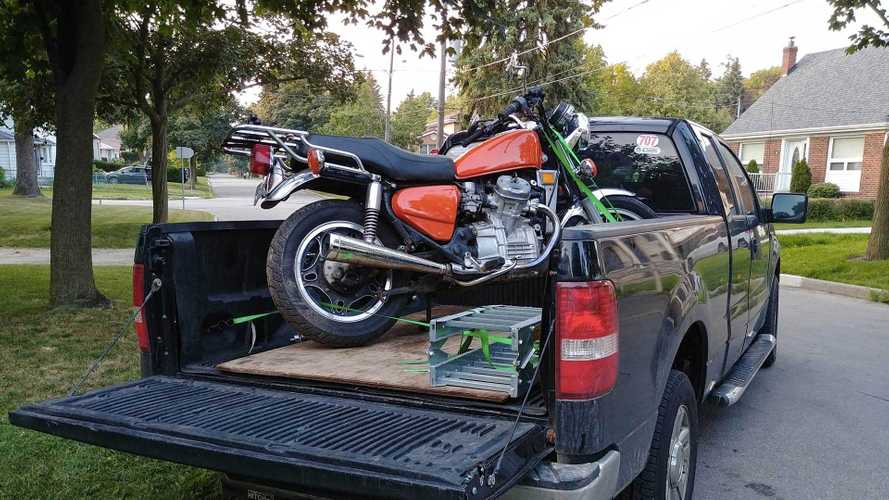 Hello, my name is Sabrina and I'm neglecting my project bike.

I always pictured project bikes as the ideal way to learn how to work on a motorcycle—aside from doing formal mechanical training. Inspired by my colleagues' well-garnished garages and their handiness, I decided that I, too, would learn to wrench and that I was going to do so on my own project bike.

In August 2019, I found a bright orange 1979 Honda CX500C that I introduced to you guys as “Project Zonnig”. I didn’t choose the bike as much as it chose me, I think. My first thought when I saw the ad for it was “it’s not in too bad a shape and it’s cheap—I can work with that”. I didn’t know much about CXs and their reputation, and unlike other bidders trying to sway the owner with more money than he asked for, I wanted the bike for the challenge, not for the bike itself. Then I met Dana—the (former) owner’s daughter—and she told me her dad’s story and this bike’s story and that's when I truly fell in love with my CX.

I left with the bike in a pickup truck box and a head full of ideas. I was going to upgrade everything, get the bike to start again, then turn it into a scrambler. Fast-forward eight months and my little Honda is alone and naked in a friend’s garage and I haven’t visited in a few months. Sad, I know. I try not to think about it too much because I feel guilty.

Said friend kindly offered to store it in his garage and invited me to work on it whenever I wanted to, giving me the access code and an open invitation to pop in when I wanted to. I thought that a warm place for my little bike only ten minutes away from home was a bargain but I overestimated that distance. While a “ten-minute” drive isn’t much generally speaking, it also means I need to plan a chunk out of my day to go and work on the bike instead of spontaneously stepping out to get things done whenever I can. I know, first world problem.

Add to that having to source new parts and hitting a few roadblocks along the way—including a stubborn carburetor screw and a rusty tank I just can’t seem to clear up—and Project Zonnig is nowhere near where I thought it would be by now. Especially now that we have a pandemic and a stay-at-home order thrown into the mix.

Unlike the rest of the RideApart team, my bike isn’t running. It’s a complex 3-D puzzle awaiting completion. I still have a lot of ambition for my little bike—there’s no way I’m giving up on it. I just have to rethink my timeline. I always say that most things in life come down to “managing expectations”—and that includes managing my own.

I’ll eventually bring Zonnig home and store it in the yard behind my apartment building. I have a big cover waiting for it and a lot of love to give to make up for all its loneliness. It might not be a shiny KTM or a roaring Harley-Davidson but this little ‘79 CX500 is mine, it’s happy orange, and one day, I’ll get it to run again.