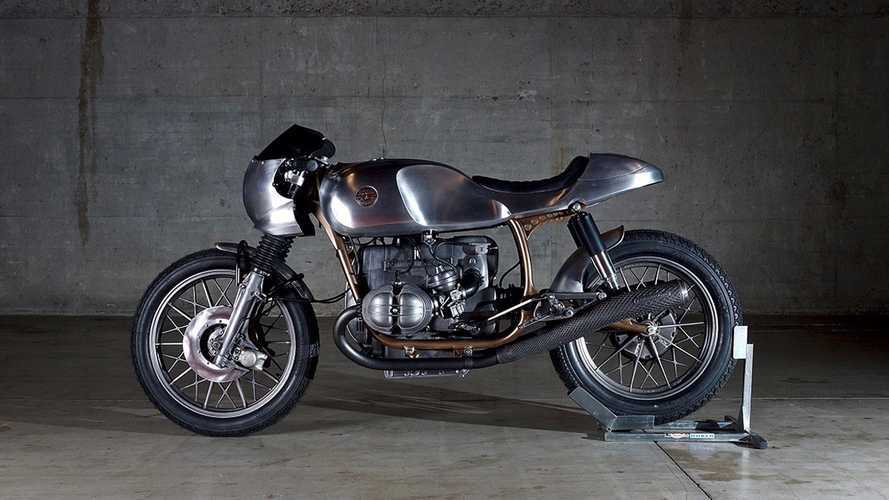 This could very well be a timeless masterpiece.

Ah yes, I’m sure some of you who’ve seen the title of this article are thinking that another shop has chopped up an iconic classic bike and turned it into some mish mash of bits and pieces and called it a custom bike. Believe me, this custom classic BMW R100RS is something else. I’d even go as far as saying that the manufacturing techniques that had gone into this build pay tribute to the bike’s rich history.

Those who are familiar with the BMW R100RS know that it is an extremely rare bike, with outlandish looks for its time. Nothing quite like the streamlined cafe racer we see here. Dubbed the Rhombus 1000, this custom BMW R100RS comes to us from the workshop of Pablo and Carlos Delgado in Spain. Valtoron Motorcycles, the shop owned by the two brothers, prides itself with its rather unique yet archaic manufacturing processes. With technology becoming more and more affordable, the creation of parts through 3D printing and other computer aided methods have become rather accessible. Well, for Pablo and Carlos, nothing beats true handmade craftsmanship.

Feast Your Eyes On These:

You see, one thing that makes this bike so special is the fact that nearly the entire body was crafted through sand casting. Sand casting is significantly different from stamping, printing, or welding parts into existence. It involves creating molds for individual parts out of sand, and pouring molten aluminum into those molds to arrive at the finished product. As you can see in the photos below, this process leaves a rather unique finish to the aluminum—something in between brushed and sandblasted.

Apart from the outstanding bodywork, the engine was also spruced up. Done in collaboration with fellow Spanish company, Max Boxer, the engine of the BMW R100RS was taken apart and refreshed inside and out. The engine cases were sandblasted, and its internals refreshed. New, larger barrels and performance pistons were installed. To top it all off, a custom intake and exhaust were handcrafted at the Valtoron headquarters.

As you can see, the finished product speaks so much more than what it shows. Perhaps that’s one side of the custom motorcycle scene that makes it so special—that people like Pablo and Carlos can showcase something so simple and elegant, in a time where extravagance and complexity seem to take center stage.