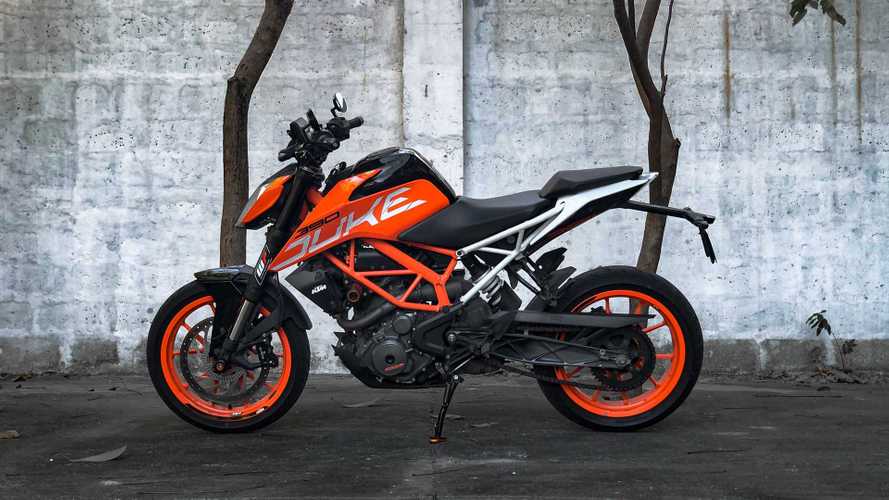 By far the most fun I've had on two wheels.

It was a sunny July morning when I got to ride my soon-to-be next bike. I had called my next door neighbor a few days before wondering if he was willing to let go of his barely used 2017 KTM 390 Duke. Luckily, he was looking to upgrade and was planning on selling his KTM soon. Lucky me, right? That morning, I excitedly scurried over to his place. He takes it out of his garage and starts the engine. I take it out for a test drive around the village, make sure everything’s in working order, and right there and then we come to an agreement.

There it was, my 2nd KTM. Right off the bat, I realized just how potent a motorcycle like this could be, especially in the Philippines, where more than 90% of motorcycles on the street consist of sub 150cc bikes. It surprised me, that in more developed countries, motorcycles like the 390 Duke, Ninja 400, and Yamaha R3 are considered beginner bikes, whereas here, they’re bikes one would normally upgrade into.

More Of Our Bikes:

The 390’s acceleration is fierce, to say the least. 44 horsepower and 37 NM of torque afford the bike a respectable 0-100 kilometers per hour time of approximately 6 seconds, putting it at par with higher-segment bikes. It’s also the lightest 400cc-categorized (it's registered as 400cc to give it freeway access) motorcycle in the Philippine market. At just 340 lbs with a full tank of gas, it’s a pretty lightweight bike, considering how much of a punch it packs. It’s also the most electronically-advanced motorcycle in its class, with 3 ABS modes, a full color TFT display with smartphone connectivity, daylight sensing headlights and instrument panel, and an array of sensors ready to scream at your face the moment it feels like something’s going wrong.

Given all these techie bits and pieces, it goes without saying that the KTM Duke 390 is Temperamental AF. The bike’s European genes really shine through, especially when immersed in hellish Manila traffic. Once the auxiliary fan switches on, it won’t switch off unless you take the bike up to cruising speed. Slogging it out in bumper-to-bumper traffic causes the oil pressure warning light to come on (must have something to do with the heat. And yes, many other 390 Duke owners experience the same thing). I also find the ECU to be a bit sensitive and easily upset, as I’ve been greeted with an “ABS Failure” warning as I switched off the rear ABS and was doing a burnout. Fueling is rather precarious in low RPMs, and even more so when cold, as it stalls on its own every now and then, and stumbles when cruising at anywhere less than 4,000 RPM (it idles at 1,800-1,900 RPM). I’ve also been greeted by a check engine light twice. Both during heavy traffic situations. I stopped the bike on the side of the road, and started it back up no problem. The CEL just cleared itself after a few kilometers of riding.

Overall, the KTM 390 Duke is a reliable motorcycle. Yes, it’s reliable as long as you ignore all the lights and warnings the instrument panel throws at you every now and then. Don’t worry, all the anxiety this brings about instantly vanishes once the road clears up and the throttle is opened wide. It’s exceptionally rewarding to ride whilst remaining practical for daily commuting. I’d even go as far as saying it provides a little bit of manic energy for your daily commute, making the grind all the more bearable.

I'd liken the KTM 390 Duke to a star athlete with asthma. It’s fast, agile, strong, and good looking–but requires a little extra TLC to ensure it keeps performing at its best. Hey, nothing's perfect, right?