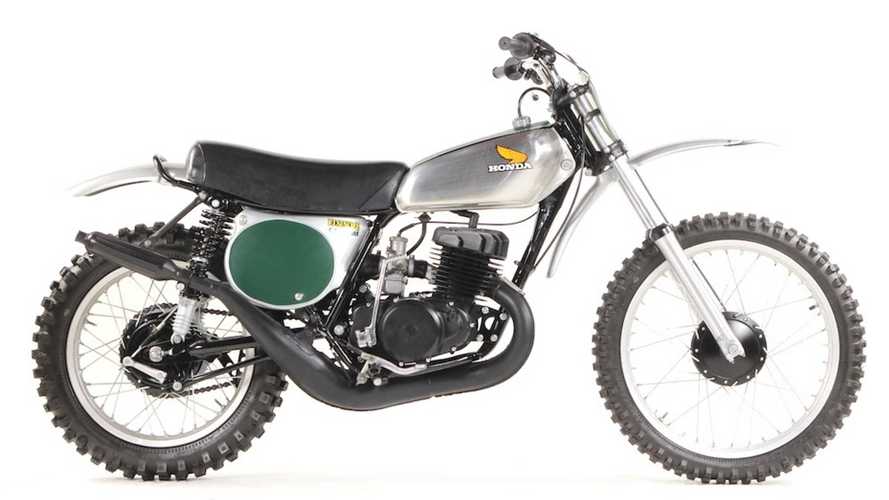 Why was I born too late?

I’m at the point in my motorcycling journey where I care less about how a bike makes me look and more about how it makes me feel. I started out on a heavily-modified Harley-Davidson Sportster that looked like the love child of a bobber and a café racer. Sure, it snagged me compliments from image-obsessed Angelenos, but it was also slow as mud, ergonomically cramped, turned like a freighter, and weighed as much as one too.

For my second bike, I gave into Harley culture pressures, ditched the Sportster for being a “girl’s bike” and moved up to a Big Twin. Don’t get me wrong, I thoroughly enjoy my Softail on long-distance trips, but riding it through L.A. traffic is like using a hammer to turn a screw. To navigate the congestion, I purchased a DR-Z400SM after attending Supermoto School and the dirt bike course Sabrina covered. Those experiences shifted my motorcycling paradigm. Now, if I could buy any affordable classic, it would be a 1973 Honda CR250M Elsinore.

The Golden Age Of Dirt:

Team Red suspended racing operations in 1967, leaving its world-class engineers with ample time for a pet project. Suzuki and Yamaha were already prepping production dirt bikes as early as 1965, so a small group of young Honda engineers saw potential in throwing its hat in the ring with a two-stroke moto-crosser. Up to that point, Honda had never built a dedicated dirt bike with a pinger at its core, so the team had to keep the unproven project a secret.

At the time, Soichiro Honda believed that four-stroke engines were superior to two-strokes. He even famously remarked that the brand would “never build a two-stroke motorcycle.” Despite Soichiro’s bias for thumpers, the covert operation soldiered on. For its first race on August 22, 1971, the team disguised the unofficial Honda to avoid detection. Ultimately, the Japanese media uncovered the developmental dirt bike’s origins and forced Honda’s hand.

Though reluctant, the pathologically competitive founder backed the project with the company’s best resources. After finding quick success on the race track, Honda greenlit the model for production. Team Red flooded the market with the CR250M and the smaller CR125M in 1973-1974. This spelled the end for boutique small-displacement two-stroke manufacturers like Bultaco, Penton, and Hodaka.

In the classic motorcycle film On Any Sunday, you'll see what inspired Honda to adopt the Elsinore nameplate for North American models. The Lake Elsinore Grand Prix dates back to 1968. At its peak in the early ‘70s, the race drew top riders like Malcolm Smith and famous manly-man Steve McQueen.

While CR250Ms are rare on the used market, a pristine example sold at Mecum Auctions in January 2019 for $9,900. Whether that’s “affordable” or not is relative to your budget and situation. Compared to most collector motorcycles, that’s a reasonable settling price. Generally, you’ll find various clapped-out Elsinores on eBay and Craigslist for anywhere between $2,000 to $4,000. Of course, parts availability and the required wrenching will turn many away, but it’s an attainable motorcycle nonetheless.

As soon as I work up the courage to take on a classically-styled 47-year-old dirt bike, I’ll be able to enjoy the sweet sounds and smells of that two-stroke exhaust. Maybe then I won’t need to choose between a motorcycle that makes me look good and one that makes me feel good.