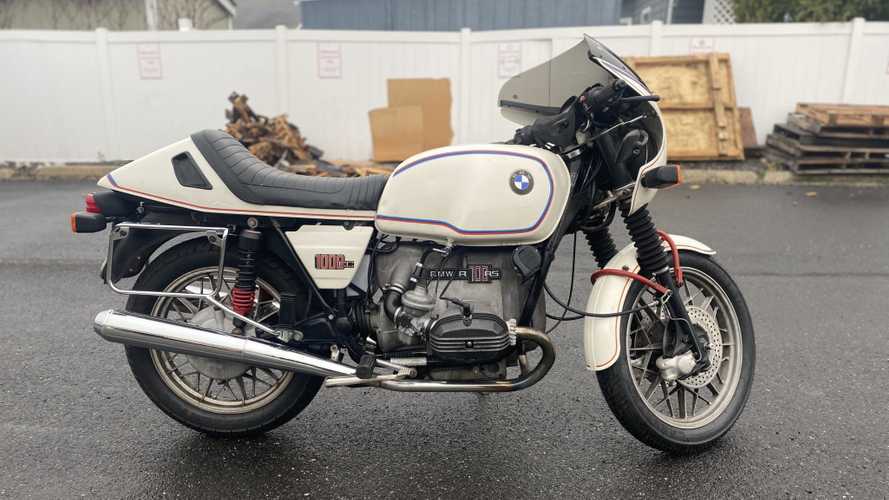 I wish I had the chance to bid.

Classic BMW Motorcycles have always had a special place in my heart. It’s something about the way they’re so uniquely styled, what with their boxer engines, and drive shaft transmissions. Not to mention their timeless design—the way the lines on most of their early machines simply beckon you to go for a ride. Unfortunately for me, I have yet to own a BMW classic as I’m sure I wouldn’t have the time to spruce it up or maintain it, let alone any BMW bike for that matter (although I’d love to get an R nineT some day).

One series of bikes in particular that never fails to catch my attention is the BMW R line of bikes from the seventies. My next door neighbor owns a mint 1973 BMW R75, and every time I hear him start it up, I scurry on over to the front lawn and chat him up about his bikes. Even more impressive, and desirable, in my opinion is this BMW R100RS from 1978 which was up for auction at no reserve. Unfortunately, as of this writing, the auction had already expired with the winning bid standing at just $5,050 (what a lucky dude). Nonetheless, I think this BMW R100RS is so cool, that it deserves a story nonetheless.

Classics Worth Checking Out:

BMW enthusiasts would know that the R100RS falls on the extreme side of rare BMW bikes. With just 200 motorsports editions produced worldwide, and with the hands of time bestowing forty two years on it, it's certain that these bikes have increased in rarity and undoubtedly value. In the United States, merely ninety examples were imported, further adding to how collectible these bikes are.

The BMW R100RS was powered by a 980cc horizontally opposed twin, or boxer twin, paired with a five speed manual transmission. It produced a respectable 70 horsepower which propelled it to a top speed of 122 miles per hour—pretty decent stuff for 1978. This particular bike has a total mileage of 57,000 miles, pretty decent for something that appears to be unrestored. The bike’s factory instrumentation also appears to be in order, with a 140 mile per hour speedometer and 7,000 rpm redline tachometer coming in as standard fare.

Apart from a few blemishes and touch ups here and there, this bike was thoroughly mint for its age, undoubtedly a prized addition to any classic bike collector’s garage. Hefty congratulations to whoever took this beauty home. Alas for me, the dream of owning a classic of this caliber lives on.