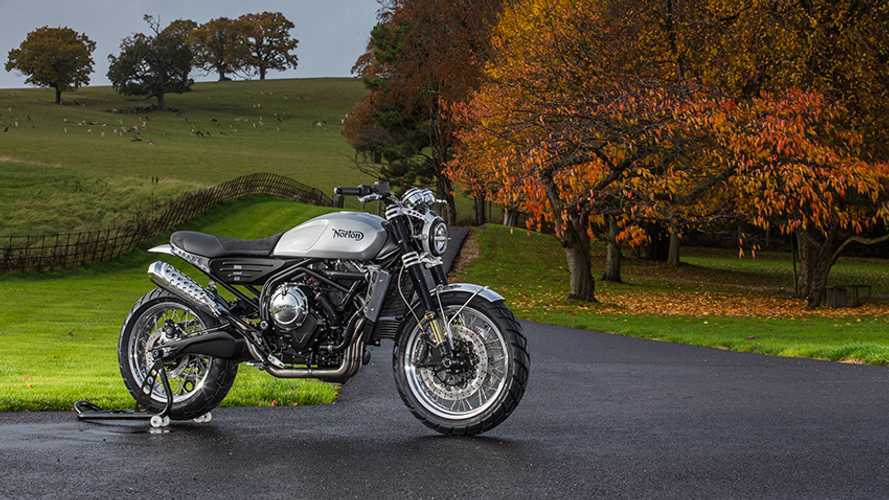 While the Norton Motorcycles name might be more than a little tarnished right now, it’s still a company with a rich and interesting history. There’s a reason people have a certain love and respect for vintage Nortons. With all that in mind, the appeal of picking up this troubled intellectual property is definitely out there.

As we’ve mentioned while following this story, interested parties include Norton’s biggest investor and former director Steve Murray. India’s third-largest motorcycle company, TVS, is also reportedly in the running according to Bloomberg.

TVS sits just behind second-place Honda and first-place Hero within the Indian motorcycle market. It sells a wide range of commuter motorbikes, with some more premium offerings also coming from its partnership with BMW. The company has reportedly approached Norton administrators BDO about the possibility of a deal, but nothing formal has yet occurred on that front.

It’s not the only company based in the world’s largest motorcycle market to express interest, either. Fellow Indian moto company Motoroyale Kinetic, which already had an established partnership with Norton Motorcycles, was rumored to have been considering a bid as well. At present, Kinetic has decided not to proceed any further down this path, according to Bikerglory.

The Kinetic connection could potentially have been interesting, since a part of the company’s Norton partnership allowed it exclusive rights to manufacture and distribute Norton Motorcycles in India. Currently, Kinetic handles MV Agusta, Norton, SWM, Hyosung, and Mondial motorcycle distribution within the country. Taking ownership of Norton Motorcycles seems like a potentially unique and interesting opportunity, but it wasn’t to be.

Why not? Apparently, rights to the Norton Motorcycles name wouldn’t be exclusively guaranteed. There’s an incredibly tangled web that Bikerglory has unraveled here. If Norton licensing is broken down in such a piecemeal fashion, it’s not hard to surmise why a buyer might suddenly be less interested. That’s also on top of Stuart Garner allegedly selling off the 961 design and tooling rights just before its administration.

If the 961 design and tooling is off the table, and if exclusive licensing to the Norton Motorcycles name is also nonexistent, how much appeal in purchasing this desiccated husk of Norton Motorcycles is left to a potential buyer?