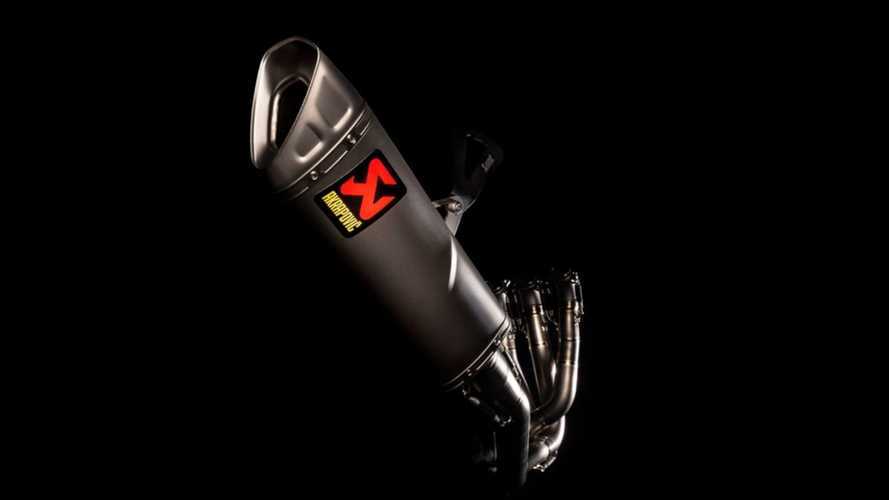 Racers, this one's for you.

Sure, the 2020 Honda CBR1000RR-R Fireblade is almost certainly going to be amazing. We might only be getting the SP in those beautiful Honda Racing colors on U.S. shores, but that’s hardly anything to complain about.

Since the SP is a track-focused machine, what will most riders potentially want to change about it? This Akrapovič Evolution Line Kit titanium, completely racing-oriented exhaust definitely seems like a contender. The Slovenian exhaust wizards just announced its release, and say that it uses the HRC Race Kit and was developed “at the recommendation of the R&D department of Honda Motor Corporation.” We’ll just bet it was.

Watch Marc Márquez Take The New CBR1000RR-R Around The Track
⠀

It’s targeted at racing teams and privateer racers who are thinking of switching up their rides to the all-new CBR1000RR-R Fireblade for their race efforts. It is most definitely NOT intended for road use on either streets or highways, as it does not meet any type of emissions compliance requirements that would be necessary for such use.

It’s constructed from titanium alloys to keep it strong, yet light. Complex parts were cast in the company’s in-house foundry for ultimate precision and control over the unit’s craftsmanship. You want weight reduction? You’ve got it. The entire system weighs just five kilograms, according to Akrapovič. That’s eleven pounds.

For anyone who’s thinking that this sounds like a great option to plan for once you get your hands on your shiny new CBR1000RR-R Fireblade, you’re probably not wrong. However, the company hasn’t announced official pricing yet, so we can’t tell you exactly how much you’ll need to squirrel away. All that being said, you can’t doubt that it’ll be a quality product. I, for one, can’t wait to hear what it sounds like. Here’s hoping that someone throws a beautifully miced video up online somewhere, so that all of us may collectively bask in its auditory glory.