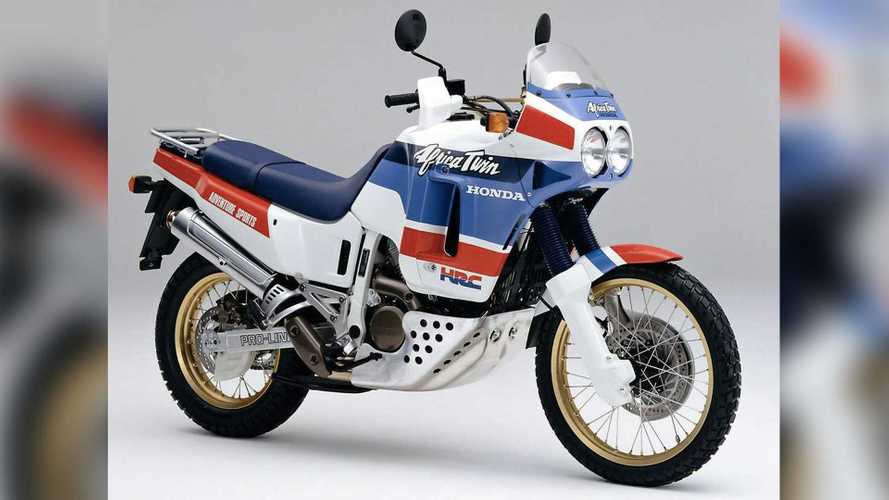 As a kid, I didn’t dream about motorcycles the same way I do now. The first time I started really noticing bikes was when my dad brought a BMW R100 GS home in the mid 90s. This particular bike stood out to me because of the cylinder heads sticking out of the sides which I recognized, despite my young age, as a rather unusual feature (at least unusual compared to the previously-owned Honda and Yamaha).

I Dream Of Classics:

Fast-forward a little over a decade and my job is now to live and breathe everything motorcycles. I have even managed to form my own ideas about motorcycles and now have my preferences both for newer and older models. Go figure.

If I had to pick a single (reasonably-priced) classic bike to own right now, my 2020-self would answer “Honda Africa Twin XRV650 RD03”. Big surprise, I know. I’ve declared my love of adventure bikes (and even of the Africa) many times already and this is yet another love letter to the segment. Call me predictable.

I would pick the 1988-89 650 over the updated 750 for two reasons: it’s the lightest Africa of the bunch at 425 pounds (dry) and the power difference between the two displacement isn’t so important that I’d feel like I’m missing out. According to Silodrome’s well-rounded summary of the model’s history, the 647cc twin produced 52 horsepower versus 62 hp for the RD04 and 59 hp for the RD07.

The engine is liquid-cooled, both wheels are equipped with disc brakes, and the bike uses a 6.3-gallon fuel tank (slightly bigger than the one on the RD07) which are all positives in my book. Granted, the seat is on the tall side at 34.6 inches but with a lighter bike (that I’m not as afraid to drop as a loaner), it’s something I can foresee getting used to. Because it’s a Honda, it’s fairly easy to source parts and I'm making the wild assumption that the bike is fairly easy and straight-forward to maintain and work on. If it isn’t, I’m willing to learn!

I’ve had a bike crush on the Africa Twin since the first time I took one on a road trip three years ago and got to ride alongside my dad (who was riding an old Honda Valkyrie at the time). I’m aware the first generation won’t ride like the new one, of course, but considering the model is sort of the epitome of early-generation adventure bikes, it would only make sense for me to want the OG, right? Now, to find one for sale.