Self-Cleaning Bike Grips Sound Amazing, But Do They Work? 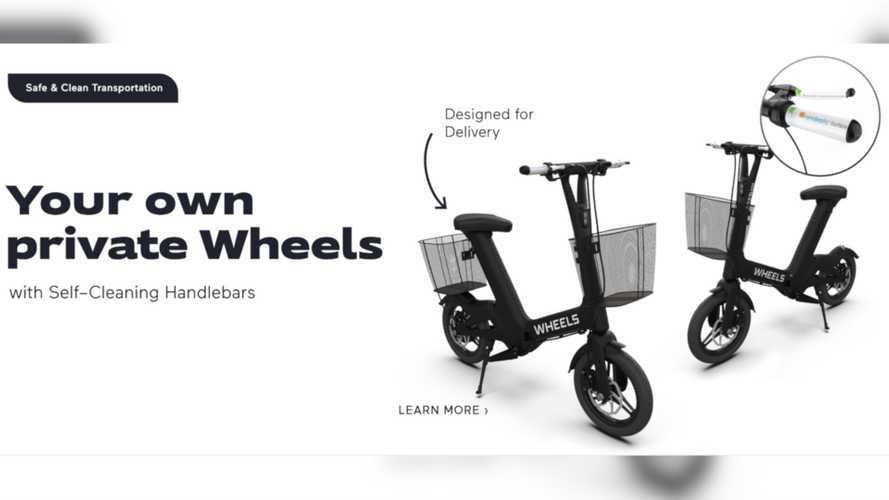 UPDATED on April 7, 2020 to add the following statement from company co-founder Mark Sisson:

"I love how skeptical people are. I'm one of the cofounders of the company, and no it isn't just marketing. While we can't get into specific materials and ingredients because we are patent pending, I can tell you that one of the components is a photocatalyst. It creates the oxidation process, and because it is a catalyst, nothing is released from the surface and nothing gets used up. Our research was initially funded by a $2 million R&D grant. We don't give a lot of specifics because our regulatory system isn't compatible with newer cleaning technologies. If you aren't an EPA registered disinfectant, then you can't make any health or kill claims. And all of those products use strong chemicals or toxins, and are technically classified as pesticides. At this point, self-cleaning is all we can say legally."

E-bikes may be moto-adjacent at best. However, a recent move by e-bike company Wheels might have bigger implications for motorcycles and scooters as well. In the wake of the novel coronavirus, most people are extremely concerned about cleanliness and hygiene. High-touch surfaces used by the public every day are some of the filthiest things around, but Wheels is taking steps to combat this problem.

The most-touched parts of an e-bike, as with motorcycles and scooters, are always going to be the handlebars and levers. What if there was some kind of self-cleaning film technology that could combat a wide variety of viruses and bacteria at a microscopic level? Even better, what if you wrapped your handlebars and levers in said wonder-material?

Ask RideApart: Is It Safe To Ride My Motorcycle During The Outbreak?

NanoTouch Materials is a company based in Forest, Virginia. For the past several years, it has developed various skins and mats for use in high-contact applications. Think door handles, kiosks, counters, tray tables, bathrooms, and grocery cart handles. While hearing someone sneeze or cough might not have made you look twice before, everyone is a lot more cautious in the wake of current events.

NTM says that its patented NanoSeptic surfaces continually clean themselves, using “mineral nano-crystals which create a powerful oxidation reaction.” Its website goes on to say that any type of light activates these crystals, which then oxidize “organic contaminants,” such as many viruses and bacteria without using harsh chemical cleaning agents. The company refers to this as “using technology instead of toxins.”

“Our products use some really cool technology,” NTM co-founder Dennis Hackemeyer said in a 2019 press release.

“But we learned through research that people don't buy these products because of what they do, they buy them because of how it makes their employees and customers feel. This is why we've made our products visible, and designed them so they communicate what they do."

I want to believe in the promise of this technology, but it’s difficult when all the available information that talks about the science behind it seems to come directly from the company itself. Is it all just marketing? Now, more than ever, science-based proof and facts are absolutely vital.

A 2014 piece in Infection Control Today discusses positive NanoSeptic surface tests against several types of bacteria commonly found in hospitals, including MRSA. Problem is, it wasn’t actually written by anyone at that publication. Scroll down and you’ll see that it’s a press release from NTM.

Another Infection Control Today piece from 2013 talks about the tech “showing promise” in battling MERS, which is a different strain of coronavirus from COVID-19. It’s also a press release.

This is fine and well and good if these products do what they’re advertised to do. But do they? I don’t know, and neither do you. Do I hope that it’s not just a case of ‘cleanwashing’? I absolutely do, but only finding an endless stream of well-placed press releases isn’t doing anything to dent my skepticism. More independent scientific evidence is needed.