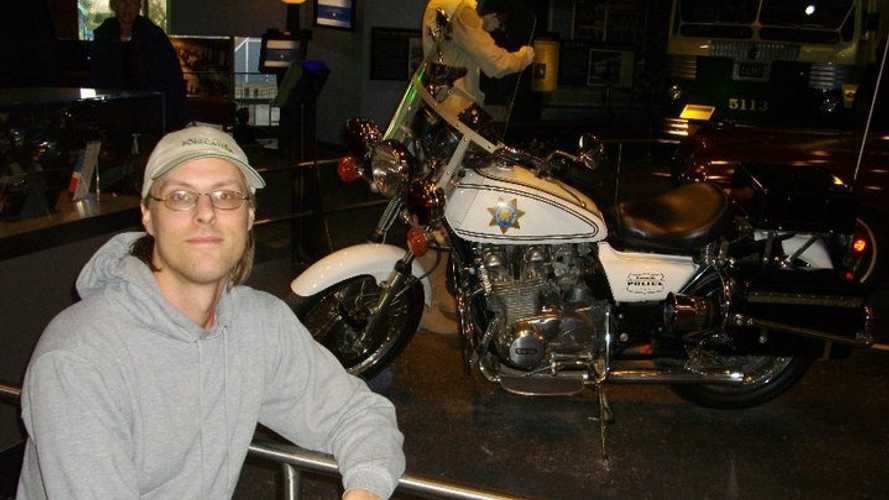 I've said before that one of the main reasons I got interested in motorcycles was watching way too many episodes of CHiPs as a kid. My answer to this question is a no brainer for me. Despite my long history of owning Honda and Suzuki UJMs, my budget project would be a Kawasaki KZ1000C, the bike that Ponch and Jon rode.

Note that I did not opt for the KZ1000P, the "P" indicating the police version of this bike. Commonly known as the KZP, Kawasaki sold this version from 1982 all the way to 2005, making it by far the most common Kawasaki police bike. The show actually used the earlier "C" models, which lacked the fiberglass fairing of the "P" as well as its integrated emergency lights. Unlike typical Japanese bikes of the time, these police versions came with floorboards, heel-toe shifters, and large windshields, similar to the Harley-Davidson police bikes that officers of the time were already used to. Despite their best efforts, neither Kawasaki nor BMW ever managed to unseat Harley as the motorcycle of choice for American law enforcement.

What Brown Can Do For You:

Sticking with the "C" model actually makes such a bike cheaper and easier for me to find, because it doesn't have to be one originally designed for police use. In fact, I'd also consider a KZ900C, because CHiPs used those for the first two seasons before switching to the KZ1000C for the rest of the series. Really, it's not so much about the bike itself as the image it projects: the cool swagger of Jon Baker and Frank Poncharello chasing down bad guys to a cheesy disco soundtrack.

As a kid, I rode my BMX bicycle around the neighborhood pretending to be Ponch and Jon. My parents even gave me a siren for it, a decision I'm sure they and the neighbors regretted. This bike would let me share the experience my heroes would've had on the freeways of Los Angeles. I'm sure it wouldn't be that different from my Honda CB750 or Suzuki GS1100L. That's not the point, though. The point would be to have a little fun and get to know one of my childhood heroes. I wonder if the vanity plate 7MARY3 is available.