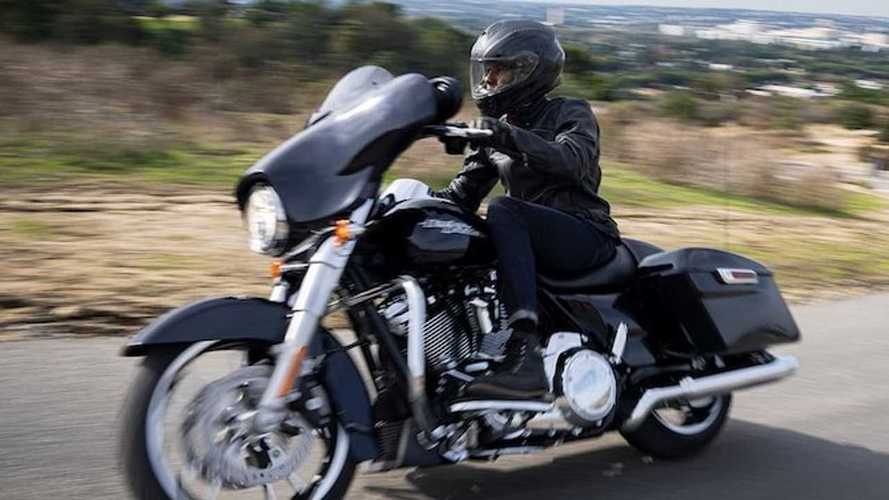 The wreck resulted in serious injuries.

You may know it as a tank slapper or a shimmy or a weave, but in Harley circles it’s affectionately known as the death wobble. Yes, it sounds like a dance move popularized by a metal band, but the “Harley Death Wobble” is actually a well-documented issue with the Road King, Electra Glide and now defunct Dyna model lines. Now, a North Carolina man has filed a federal suit against the Motor Company, citing the "Harley-Davidson wobble” as the cause of a motorcycle crash that left him severely injured.

In the suit, William “Alex” Rouse claimed that the death wobble is due to a chronic design flaw among the bar and shield’s lineup. Rouse experienced instability while mid-turn on his father’s 1999 Electra Glide Classic on April 2, 2018. As a result, he lost control, veered off the road, and was thrown from the Touring bike. Rouse reported that the wreck left him seriously injured and almost caused him to lose consciousness.

Steady As She Goes:

High-speed wobbles aren’t exclusive to Harley-Davidson motorcycles or the cruiser category as a whole, however. While different makes and models can experience instability due to speed, swingarm play, tire pressure, or uneven weight distribution, Harlistas seem to struggle with the problem more than any other motorcycle subcultures.

As a consequence of the real or perceived “Harley Death Wobble”, aftermarket suppliers have seized the opportunity to offer fork braces, swing arm anchors, steering dampers, steering column stabilizers, and engine mounts to remedy the situation proactively. While these stabilizer kits may (or may not) address the issue, Harley-Davidson contends that the problem is worsened by certain aftermarket parts and suggests people follow the owner's manual.

This catch 22 leaves many hog owners debating whether they should take matters into their own hands and risk losing a case to the Motor Company (in the event of a crash) or risk crashing as a whole. Everyone knows that Harlistas love to customize their rides, and with such broad guidelines, Harley may be able to fight claims in most instances. For Rouse, we’ll have to see if his father’s Electra Glide Classic was modified in a significant manner and how that impacts the defense’s arguments.

“This type of motorcycle is known to have a propensity to develop a ‘wobble’ or a ‘weave’ at normal speeds,” Rouse stated in the complaint.

Rouse hasn’t specified the financial damages he is seeking and Harley-Davidson hasn’t publicly commented on the suit. Regardless of the outcome, make sure you ride within your limits and refer to your owner’s manual for your own physical (and legal) protection.