Weekend WTF: Investor Wants Harley To Go Back To “Its Roots” 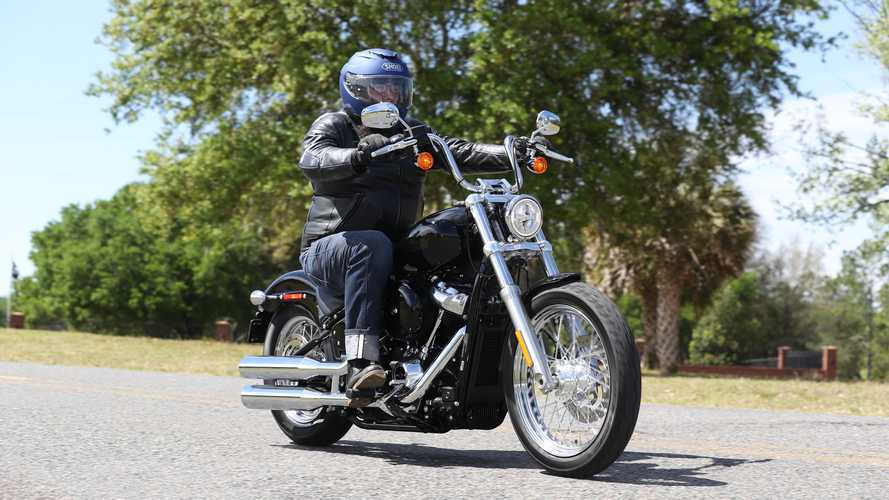 There’s been a lot of movement at Harley-Davidson over the past few weeks. Since Matt Levatich stepped down as CEO in February 2020, the company’s Board of Directors has been scrambling to find a long-term replacement. A little over a month after Levatich was encouraged to leave, it’s now Harley’s COO Michelle Kumbier’s turn to step down.

In addition to the musical chair, there’s also been a bit of a tug-of-war with shareholder Impala Asset Management that’s been pressing the manufacturer to nominate two directors it chose to its board. The two companies finally settled by agreeing on the addition of one, mutually agreed upon director. That’s all well and good but I got stuck on one portion of the press release pertaining to Impala. Apparently, the mutual fund that owns two percent of Harley would really like for Harley to go back to “its roots”. What?

The Situation So Far:

The exact quote goes: “Impala, which owns roughly 2% of Harley’s stock, nominated two directors two weeks ago as the $2.8 billion hedge fund wanted the iconic American brand to return to its roots after focusing on electric motorcycles and concentrate on its core riders.”

Did I read this right? A bunch of white-collared, pencil pushers think Harley should stick to cruisers and focus on its dwindling pool of loyalists instead of trying to innovate and to bring new people in the showrooms? Am I the only one a little weirded out by this? Frankly, since the company announced its big shakeup in 2018, I’ve been part of that group of potential future customers widely interested in what the Motor Company comes up with.

I don’t agree with everything the company does, and while its attempt at seducing a new generation of riders reminds me of a grandparent trying to figure out a computer, pop-pop is learning and things are slowly improving. Between the Pan America, the Bronx, and the two designs the company recently trademarked, I’m starting to see a potential that could eventually make me consider a Harley—and that’s saying a lot.

I’m also still trying to figure out where Harley has strayed from its roots. The last time I checked, the company’s lineup is still 99.9-percent cruisers, baggers, and tourers. At the moment, the LiveWire is the odd duck, sitting on a branch of its own. The way I see it, Harley isn’t turning its back on its loyal Harlistas, it’s only trying to create new ones and to achieve that, it has to adapt. What’s wrong with that?

We Get It, Times Are Tough

Impala uses the company’s dipping numbers and sales as an argument against H-D's attempt at innovation. The press release mentions that the company criticized Harley for losing market shares and for being slow to react. Fair. Harley does have a tendency to be a bit slow to move and pull the trigger on things—keep in mind that the LiveWire took five years to develop.

Thing is, Harley announced its intention to produce more electric models in 2018 and the LiveWire only officially launched in 2019. For the four years prior to the announcement, Harley was doing what it does best yet the numbers had already started to plummet. Harley’s shares reached their peak, post-depression value in mid-2014 before gradually starting to slump. So, how exactly do you correlate Harley’s electric motorcycles projects with the bad sales?

Considering the fact that everything seems slow-paced at Harley, I’m not surprised that the turn around and its impact on the market are equally slow (especially in the current climate). The real question is whether the company will be able to take the hit while the whole “new branding” process comes to fruition once new, smaller, more affordable models launch (including in China) or whether it will have to crawl back to its cruiser comfort zone and rely heavily on aggressive customer allegiance in the hopes of surviving another winter.

I sincerely hope it can push through, bounce back, and show Impala that evolution is a good thing. The past year or so has been hard for the motorcycle industry in general and Harley isn’t the only one suffering from the slump. The difference is that the other affected companies are taking actions and adjusting accordingly. Nothing Harley isn’t able to do.

That’s obviously only my two-cent as a writer-who's-never-been-a-CEO, based on the information I was able to gather. There’s probably much more behind-the-scenes drama and shenanigans than we’re told, but with everything you’ve read, on the subject so far what do you guys think? Should Harley really go back to its roots or do you enjoy the brand’s “thinking outside of the box” approach (outside of the Harley box, that is)?