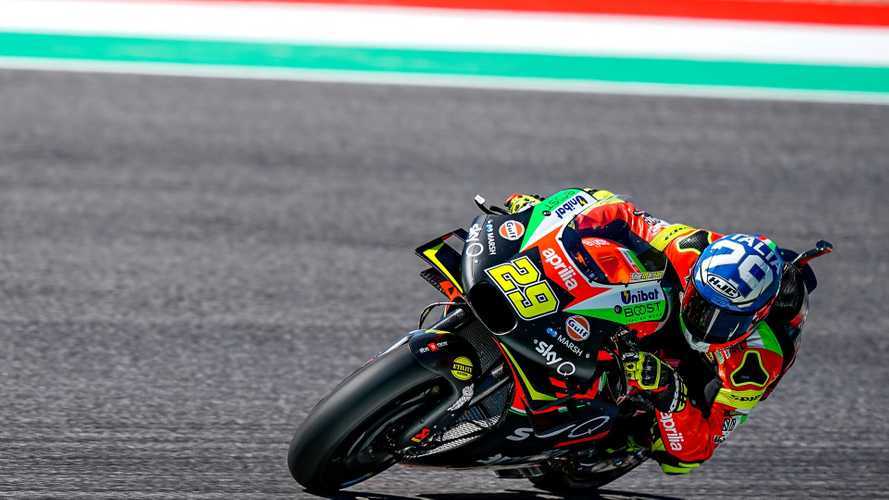 He can join everyone else not racing for awhile.

Since March 2020 feels like it lasted approximately 22 years, you might have forgotten about Aprilia MotoGP rider Andrea Iannone’s positive steroid test in November 2019.  We’re here to remind you about it today, because Iannone has received an official 18-month competition ban from the sport by the FIM governing body.

This drama officially began when Iannone tested positive for a steroid called Drostanalone, which is banned within the sport. That was back on November 3, 2019, at the Malaysian Grand Prix. The FIM ban runs from December 17, 2019 through June 16, 2021. Furthermore, he was disqualified entirely from the 2019 Malaysia and Valencia GP results.

Now that the FIM has officially announced the ban, Iannone has 21 days to file an appeal with the Court of Arbitration for Sport, which he unsurprisingly intends to do. Luckily, he has the full backing of his team. Aprilia Racing CEO Massimo Rivola called it an ‘absurd penalty.’

For his part, Iannone has steadfastly maintained his innocence throughout this entire period of time, stating that he ate some meat which was contaminated with the banned substance. That’s a point Rivola brought up in his official statement as well.

“The judges recognized Andrea’s complete good faith and unawareness of assuming the substance, confirming the food contamination argument,” he said.

“For this reason, the penalty imposed does not make any sense. In light of the motivations written by the judges themselves, Andrea should have been acquitted, as has always occurred to other contaminated athletes, but this situation leaves us a lot of hope for the appeal which we hope will be very quick.”

“We want Andrea back on his Aprilia RS-GP. We will be by his side all the way to the end of this matter and we will support him in his appeal.”

It’s understandable that both Iannone and Aprilia would like to clear his name, but with the MotoGP 2020 season all one gigantic question mark due to the ongoing global pandemic, it’s unclear how much racing will actually happen on track this season. We’re all hoping that it’s just delayed, but it’s hard to say anything with certainty at this point. Presumably, Iannone is at home training and riding dirt bikes at a safe distance from others, just like the rest of the unbanned MotoGP paddock.