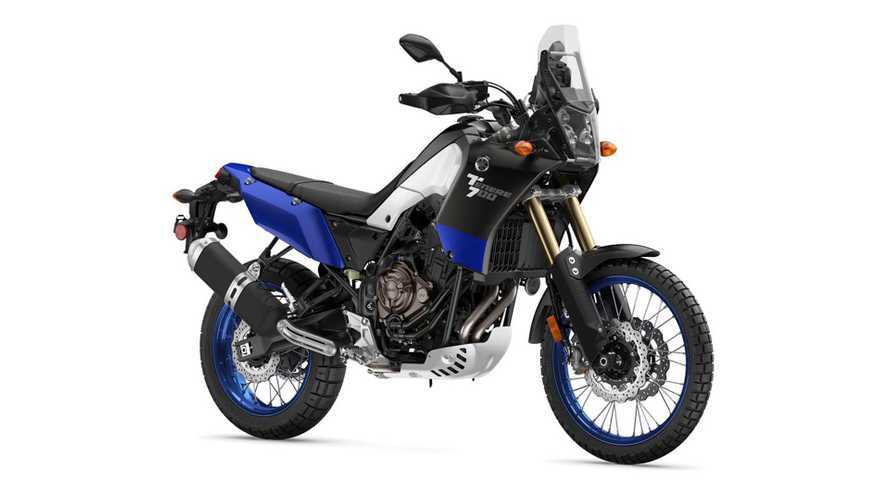 Another addition to the trophy case.

We were over the moon when Yamaha revealed the T7 Concept at EICMA 2016 and toured the Ténéré 700 prototype around the world. Our highest hopes only left us crestfallen when we heard it wouldn’t make it to North America until the latter half of 2020. We were green with envy when Australia received the model before us but uplifted when Yamaha released the middleweight adventurer’s MSRP for the US. The runway to the Ténéré 700’s stateside launch has been more like a rollercoaster and the hype only continues to build as the bike receives the 2020 Red Dot Award for product design.

Yes, the Ténéré 700 has made headlines for almost four years now, but only last month, the upcoming model received the iF Design Award. Based in Essen, German—only 155 miles away iF headquarters in Hanover—Red Dot GmbH & Co. KG awards international prizes for brand, product, and concept designs on an annual basis. Dating back to 1955, the prestigious award garners over 15,000 submissions from more than 70 countries.

So Excited And Just Can't Hide It:

Drawing from the 1980s and 1990s rally design language, the Ténéré 700 toes the line between Yamaha’s past and future. The retro fairing and silhouette point to the Dakar Rally’s golden era while the ultra-modern headlight cluster brings the latest innovations to the fore.

Of course, Yamaha’s vaunted CP2 parallel-twin underlies the Ténéré’s modern/vintage skin. The water-cooled 692cc mill benefits from a 270-degree crank that imbues the middleweight adventure bike with gobs of torque and character. Along with a motor that punches above its weight, the model’s ergonomics suit both touring and off-road riding.

While the Ténéré 700 is definitely deserving of the Red Dot product design award, Yamaha is no stranger to earning the top prize. Since 2012, a Yamaha Motor product has won a Red Dot award, including the XSR900 in 2017 and the Niken in 2019. We can’t wait to see if the Ténéré 700 collects more awards before its North American release, be can wait even less to collect a Ténéré 700 for ourselves.

Yamaha Motor announce today that its Ténéré 700 motorcycle and YMR-08 industrial drone have both received the globally-prestigious Red Dot Award: Product Design 2020. The awarding of these prizes mark the ninth year in a row - ever since 2012 - that a Yamaha Motor product has received a Red Dot Award.
The Ténéré700is an adventure tourer in the best traditions of the Ténérébrand, drawing on its brilliant history of success in one of the world's toughest rallies - the Dakar - in the 1980s-90s. The Ténéré 700 features a 689cm³ water-cooled in-line 2-cylinder 270° crank engine mounted on a lightweight body.
With a high degree of freedom in riding posture, high durability and ease of maintenance, along with high adaptability under load, this new model balances off-roading, adventure, and touring
performance at a high level.
With the design concept of "Exciting Adventure Ténéré," this model has a high-positioned face that incorporates a three-piece shield on a distinctive headlight and tank, creating a design which expresses a spirit of adventure. Ténéré 700, The Next Horizon is yours.
Developed based on the concept of "spraying a one-hectare field in one 15-minute flight*", the YMR08 is an industrial multi-rotor drone principally aimed at pest control applications. Responding to the requirements of suburban areas and small-scale agriculture, the YMR-08's features include a lightweight carbon body and electric motor making it quieter than its gasoline counterparts. The thorough emphasis on functional beauty which meets the demands of farmers and crop sprayers has created a design full of refined dynamism.
The Red Dot Design Awards, are organized by Germany's Design Zentrum Nordrhein Westfalen and are widely recognized as one of the most prestigious design awards in the world.
The Ténéré700and the YMR-08 were also recently awarded respectively the German "iF Design Award" and the "Good Design Award 2018".
*Based on continuous spraying on flat land