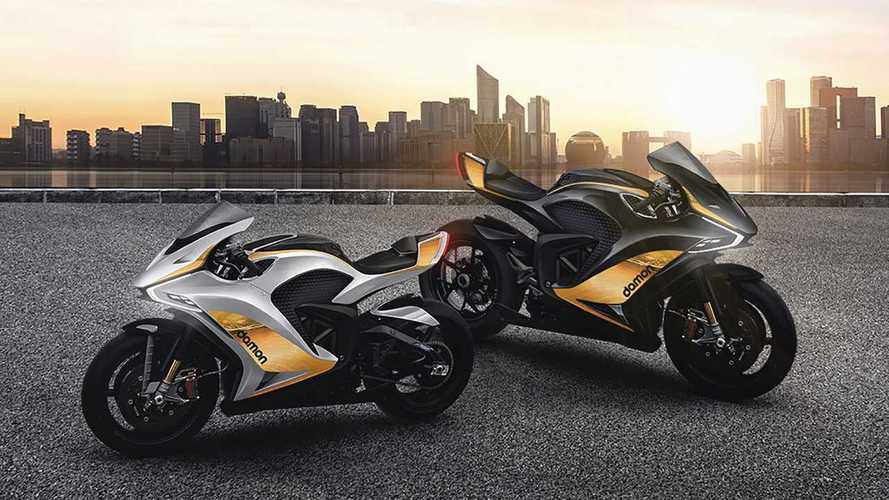 The seasons of the Sun.

It was barely two months ago that Damon Motorcycles introduced its first electric motorcycle to the world. The Hypersport created a buzz across the industry and everyone’s curiosity, from motorcycle enthusiasts to gadget aficionados, was piqued by the new high-tech ride.

The model was so well received that the company claims it has already sold hundreds of units in preorders and proudly affirms that Millenials make up half of its client base. The startup is now introducing two new versions of the model, the Hypersport Premier Arctic Sun and Midnight Sun.

In January 2020, Damon announced that a first run of Hypersport Premier (the flagship model that goes for close to $40,000) was available for preorders. In only four days, all the bikes were spoken for. Interestingly, the more affordable version of the Hypersport, the HS, priced at $24,995 remains available for bookings on the Damon website.

If you missed the boat during the first wave of preorders, despair not: Damon announced that a limited number of Hypersport Premier are now up for grabs, clad in striking new liveries. This new batch of bikes is offered in your choice of Arctic Sun (white and gold) or a Midnight Sun (black and gold) color schemes. Both models are priced at $39,995 and can be reserved with a $1,000 deposit. They offer the same features that created the buzz earlier this year including the 360-degree warning system dubbed CoPilot and the famous Shift system that modifies the bike’s ergonomics.

The company also took this opportunity to announce that it acquired Mission Motors’ intellectual property portfolio—a California-based startup founded with the intention of building electric motorcycles but that ultimately turned into an electric component supplier.

Mission Motors built some of fastest electric bikes out there, piling on the electric speed records at the Bonneville Salt Flats, the Isle of Mann TT Zero, and in a number of ¼ mile drag races. Damon will use the former company’s technology, including the PM200 electric motor, Mission Inverter, and Skyline Telematics to help take its own technology to the next level.

"The purchase of the Mission Motors IP will add to Damon’s capability to build the highest performance drive trains in motorcycling,” said Damon Motorcycles COO Derek Dorresteyn, COO. “Mission Motors was a technical leader and we are happy that some of that competitive DNA has passed into the Damon Hypersport. We intend to improve upon it considerably to take motorcycling into an entirely new level of performance.”

The company adds in its press release that it has now entered the advanced development and test validation stages of its process and aims to be production ready at the end of next year.