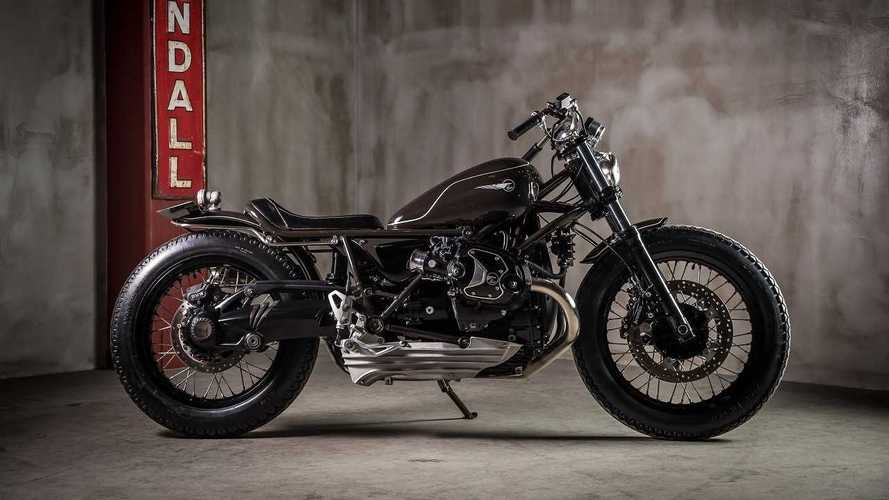 There’s no shortage of R nineT variants. BMW classifies the model under its Heritage category and designs the R nineT with yesteryear styling cues. From the Scrambler to the Racer to the Urban GS, Beemer appeals to the consumer’s nostalgic side with elements from the most iconic periods in motorcycling history. Despite the exhaustive amount of R nineTs on the road, the model steers clear of cruisers and their rough and tumble image. However, Japan-based custom shop Heiwa isn’t afraid to tread into unfamiliar territory and planted an R nineT flag in cruiser territory with the ‘Bull Face’.

Based in Hiroshima, Heiwa’s chief builder Kengo Kimura is no stranger to the Mooneyes kustom kulture movement in the country. Fusing the style of dirt trackers, scramblers, and bobbers, the Bull Face shares the same silhouette of Go Takamine’s Brat Style machines. By operating at the intersection of differing motorcycle aesthetics and periods, Kimura leveraged the most tasteful elements to create something entirely new.

Starting from a 2017 BMW R nineT Pure, the team lowered the ride height of the standard motorcycle by shortening the front end’s fork tubes and slamming the rear with an aftermarket monoshock. Kimura complemented the new stance with a 19-inch front wheel, an 18-inch rear wheel, and wrapped both in retro-leaning Avon Speedmaster MKIIs.

Next, Kimura modified the R nineT’s modular frame to suit the teardrop fuel tank, single-seat, and classic fender. The minimalist effect achieved by the builder certainly sets the Bull Face apart from the production models currently offered by BMW. Kimura ties the bike together with a vintage headlight and buckhorn handlebars often found on classic cruisers.

While the Heiwa team did a great job of customizing the stock R nineT’s stock equipment, it’s the Bull Face’s hand-made pieces that set it apart from the crowd. Touches like the Heiwa-branded valve covers, a finned frame spoiler that resembles sand-cast parts of the past, and a gas filler cap that looks like it came out of the atomic age put Kimura’s unique vision on display.

The Bull Face project also touts a custom-made oil cooler and a set of twin pipes that wrap under the frame and mount near the rear fender, scrambler-style. Painted in a dark gloss brown, the bodywork and frame contrast with the matte black finishes on the R nineT’s engine and transmission. Of course, the trellis frame is inconsistent with the classic cruiser aesthetic but the Honda Rebel gets away with it, so we’ll give Kimura a pass.

With BMW prepping the R18 for production, we doubt they’d consider an R nineT variant in the cruiser vain, but for now, at least we have the Bull Face.