This 1974 BMW Sidecar Rig Is Ready For Your Next Adventure 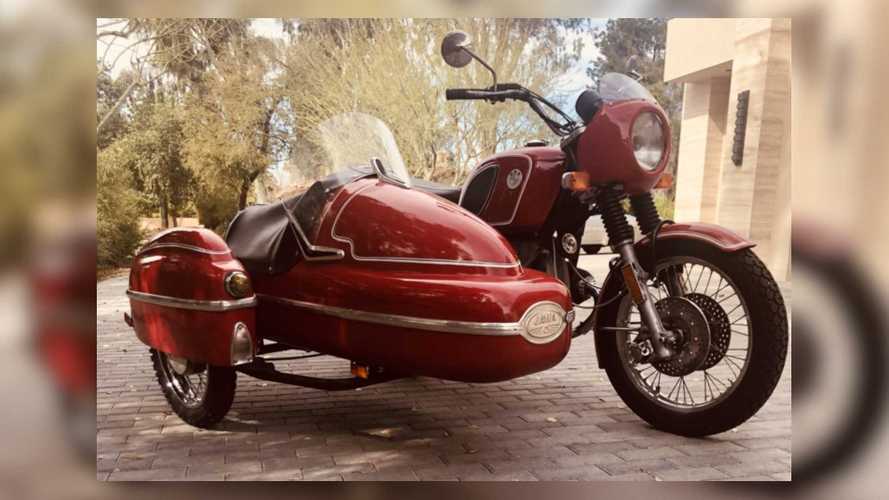 Get out of town!

Vintage bikes tend to fit into one of three broad categories. There are art bikes that someone has only ever displayed somewhere and never ridden. Then there are the good, honest bikes that riders have clearly appreciated over the years—and by ‘appreciated,’ I mean ‘rode a bunch, as motorcycles should be ridden.’ Finally, there are the project bikes that need a bit of TLC before they’ll be roadworthy. This 1974 BMW R90 /6 with Velorex 560 sidecar fits neatly in the second category, and it’s a sweet little setup you’ll get if you win.

Although it’s from 1974, it certainly looks like it’s been well-maintained throughout its life. Key upgrades include installation of a 6.2-gallon touring fuel tank, a dual disc brake conversion, and a tidy little headlight fairing that completes the look of this rig, especially when taken in alongside that sidecar.

Ural: When A Sidecar Is Way More Than A Craft Cocktail
⠀

Dude Hits The Trails With His Sidecar, And It's Pretty Chill

A prior owner had the whole thing painted in the red you see before you, and it also comes with US-market tall handlebars, and that sidecar comes with a removable tonneau cover as well. This bike has 86,000 miles on the odometer, which seems pretty low considering its age. You can definitely fix that if you win it, though. The current seller says it’s been serviced prior to listing it for sale with Bring A Trailer, but the listing itself doesn’t detail what service was performed. However, comments from the seller on this listing indicate that the carbs were rebuilt, engine and final drive fluids were changed, and the valves were recently adjusted as well.

This BMW comes with a clean Arizona title, and is currently being sold by a private party. If you’re not in the area or willing to fly in and ride it away, you’ll need to arrange for shipping if you win. The auction ends on Tuesday, March 24, 2020, and bidding is currently up to just $1,100 at the time of writing.