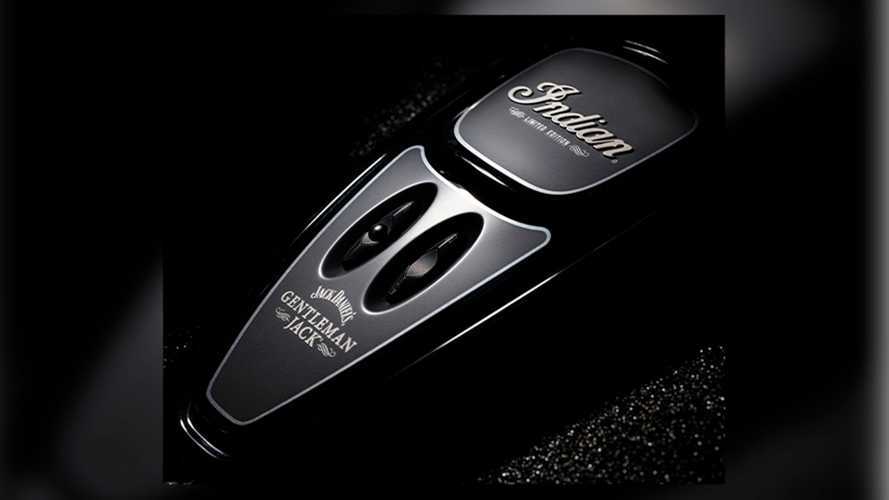 The ultimate bar-hopper is on its way.

Five years ago, Indian Motorcycle released its first special edition motorcycle with legendary whiskey producer Jack Daniel’s. The collaboration brought us several Jack-inspired models like a premium-finished Chieftain, a dark custom Scout bobber, and a smokin’ Springfield Dark Horse. With Indian established in 1901 and Jack Daniel’s dating all the way back to 1875, the two iconic American brands prepare to unveil the fifth installation in the popular partnership.

Back By Popular Demand:

If pairing whiskey and v-twins isn’t American enough, Indian plans to unveil the next collaboration at the 80th Sturgis motorcycle rally in August 2020. To fuel the hype machine, the company released teaser images featuring a special edition gas tank console and an air cleaner with a Thunder Stroke 116 badge. The photos suggest that the fifth Jack Daniel’s bike could be a Chieftain variant.

Though the sneak peek is limited to the tank console, engine, and air cleaner, the photos reveal that the special edition motorcycle will consist of dark finishes and contrasting accent colors.

According to the Jack Daniel’s website, Gentleman Jack “Undergoes a second charcoal mellowing to achieve exceptional smoothness," and those details could certainly influence the design of the bike.

We’ll have to wait for the 80th annual Sturgis rally August 7-16 before Indian reveals the full details behind the fifth Jack Daniel’s motorcycle, but we’ll sit back and enjoy one for the time being.