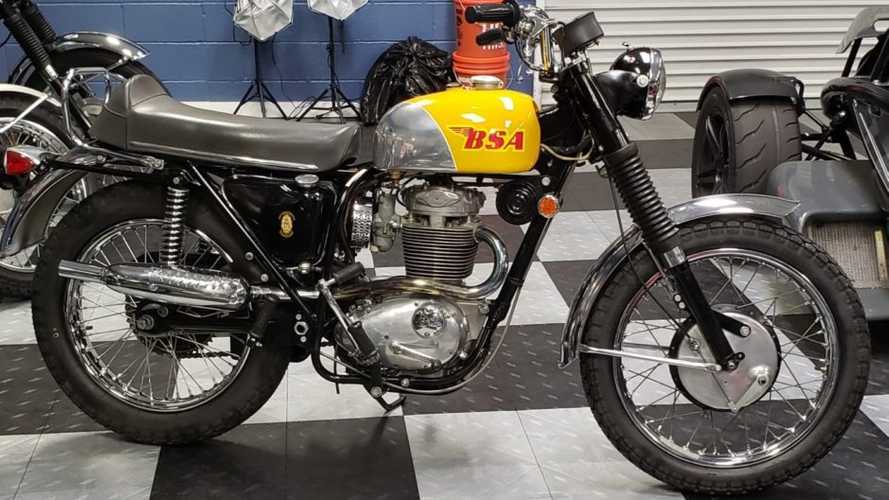 This iconic classic motorcycle was built in recognition of BSA’s success in motocross in the 1960s.

The classic motorcycle scene is bustling with more and more enthusiasts getting into classic motorcycles, and even some beginners looking at classic motorcycles as their first bikes. Perhaps because of modern day technology, information on restoring and maintaining classic motorcycles has become readily available with online forums and thousands of YouTube videos. Regardless of the make and model of the classic bike you seek to add to your collection, these machines carry with them so much heritage, history, and technology that certainly paved the way for the high tech motorcycles we have today.

We'd Love To Own These Bikes:

This 650 Horsepower Hayabusa Can Be Yours

One of the notable motorcycles of the day came from a manufacturer which, unfortunately, was unable to survive the test of time. The BSA 441 Victor Special was a standard motorcycle produced from 1968 to 1971. British through and through, this bike was equipped with a 441cc single cylinder, four stroke engine with around 28 horsepower, making it a decent ripper through the twisties and across the highways. Seeing a lot of success in motocross in 1964 and 1965, BSA motorcycles created the Victor, in recognition of their motocross victories. On top of this, the Victor was designed specifically for the american market in more off-road looking trim.

This particular 1970 BSA 441 Victor Special is up for auction and is in remarkable condition. The bike is claimed to have less than 1,000 miles on the odometer, and is partially restored. Having been kept in storage for over thirty years, the current seller purchased this machine from its original owner four years ago. Hence, all documentation and paperwork is complete. The bike has a clean California title. As far as maintenance is concerned, this motorcycle has a rebuilt Amal carburetor, a two-up seat, and chrome fenders. Tires, chain, hoses and the battery have also been taken care of.

Some things to take note of include some repair work that had been done to the bike prior to it being put up for auction. The fuel tank, for instance, is thought to have been repainted by the previous owner. Polished aluminum trim has also been added, which is not part of the original componentry of the BSA 441 Victor Special. The rear wheel is also believed to have been rechromed.

Overall, this bike looks to be in remarkable condition and would make for a fine addition to any classic motorcycle collector’s garage. As of this writing the highest bid is at $3,370. Better hurry up, bidding closes in three days.