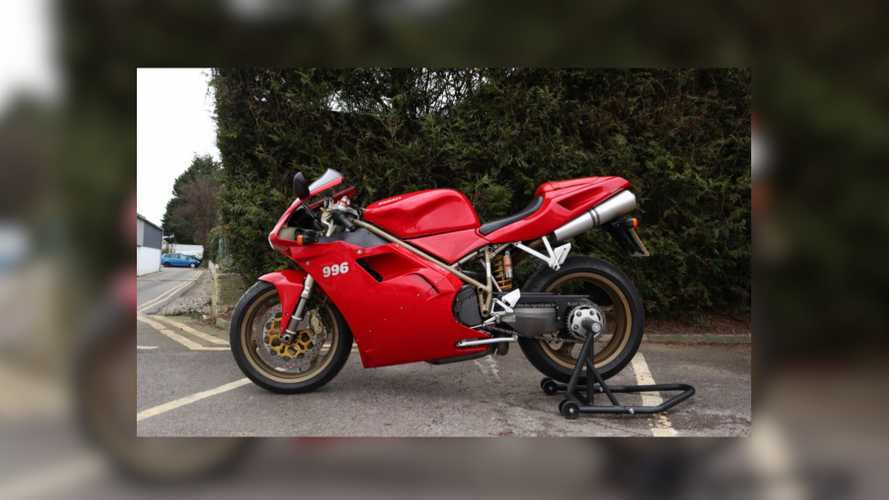 This motorcycle was designed by the legendary Massimo Tamburini.

Ducati has made a ton of awesome bikes over the years. From the well-loved Monster line of motorcycles to the Scrambler Ducati range which has taken the world by storm, Ducati is undoubtedly a staple in the motorcycle industry. However, there’s something about Ducati sportbikes that evokes so much emotion. Considered by many as the Ferrari of the motorcycle world, Ducatis are probably the first motorcycle manufacturer a child would come to know. They’re red, fast, and sound absolutely amazing with their iconic 90° V-twin engines.

Check Out This Sexy Ducati For Sale on ModernLook

Buying a Ducati sportbike is by all means not something you’d do with practicality in mind. For one thing, riding a 150-plus horsepower beast whilst planning on a fuel tank is not something any sensible human being would want to subject themselves to. Well, thankfully, I’m not a sensible human being and I love the punishment of riding sportbikes on a daily basis. As such, I’d love to share this opportunity with you. I came across this 1999 Ducati 916 for sale online, and upon seeing how good of a condition it’s in, couldn’t help but fantasize what it would be like to own such an amazing and iconic motorcycle.

For the uninitiated, the Ducati 996 is the successor to one of the most beautiful and successful motorcycles in the world: the Ducati 916. With a reputation for being an absolute gorgeous machine, the Ducati 916 took the world by storm with its revolutionary styling and neck breaking--for the time--performance. As such, you can look at the Ducati 996 as an improved version of the 916; retaining its classic style, yet boasting added performance.

Churning out a respectable 124 horsepower, the Ducati 996 had a 996cc L-twin desmodromic engine. Released in 1999 and sold until 2002, the 996 came with Showa front and rear suspension. With considerably aggressive ergonomics, the 996 made for an extremely sporty ride--even if it was just to the grocery store.

This particular Ducati 996 is an early generation model released in 1999. With only a little less than 19,000 miles on the clock, the bike will have a full service as well as replacement belts installed prior to turnover to its next owner. The bike comes with complete service history, two keys, and a current log book. Although based in the UK, I’m sure there are many ways to import this beauty stateside. The bike is listed for only £6,650 or $8,160—remarkable value for a bike like this in such good condition. For contact information and more details on this bike, check out the listing here.