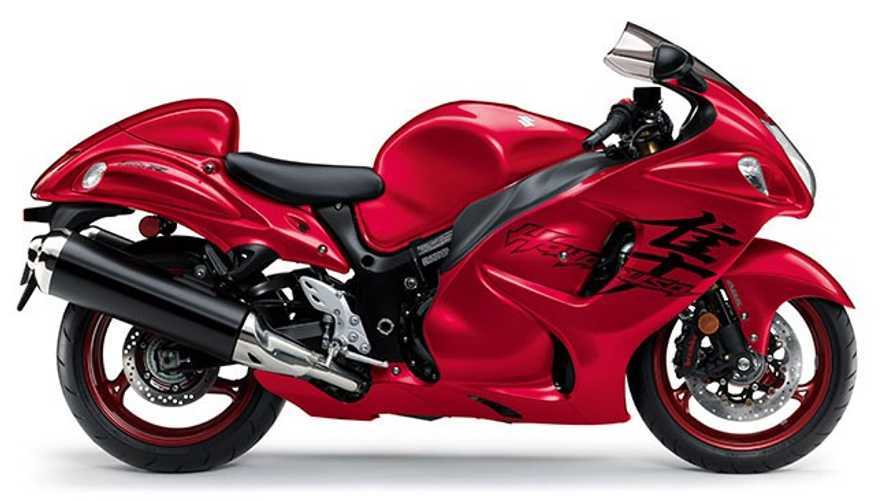 Could a replacement be in store?

Increasingly stringent emissions standards have laid claim to some of the most iconic motorcycle models in the last few years. Royal Enfield recently axed the Bullet and Thunderbird’s 500cc-variants due to India’s BS-6 emissions restrictions and the Kawasaki Ninja ZX-14R’s 15-year run will come to an end in Europe with Euro 5 implementation. Already discontinued in the old country as a result of Euro 4 adoption, Suzuki just removed the aging Hayabusa from its lineup in India.

Made popular in India by Bollywood film Dhoom, the Hayabusa has been a staple of Suzuki’s range for more than two decades. With a 1,340cc inline-four that generates 197 horsepower, the Busa dwarfs the country's most popular small-displacement models. While the superbike was removed from the European market in 2019, the model remained in India as a locally-assembled product.

For the 2020 model year, Suzuki only treated the Hayabusa to an upgraded front brake caliper and a few new paint options. Dealers are currently slashing the Busa’s ₹ 13.75 lakh ($18,623 USD) MSRP to move the final units before the BS6 deadline on March 31, 2020. Once the new standards kick in, Indian consumers can’t legally register new vehicles that aren’t BS6-compliant so any remaining Busas won’t be sellable in India come April.

Despite the gradual removal from European and Indian showrooms, the Hayabusa is still on sale in the US. However, many believe that Suzuki is developing a replacement for the model as we speak. A new-generation Busa would be a welcome change as the long in the tooth platform hasn’t received a significant update since 2007.

Though the Busa’s dated bodywork and styling could certainly use a facelift, Suzuki needs a replacement for its iconic superbike in order to compete with Kawasaki's biggest Ninja. Hopefully, the Hayabusa’s demise in the Indian market will prompt Suzuki to unveil details about the model’s future replacement. What we can be sure of is that it will be compliant with future emissions restrictions or it’ll meet the same fate of so many other motorcycles.