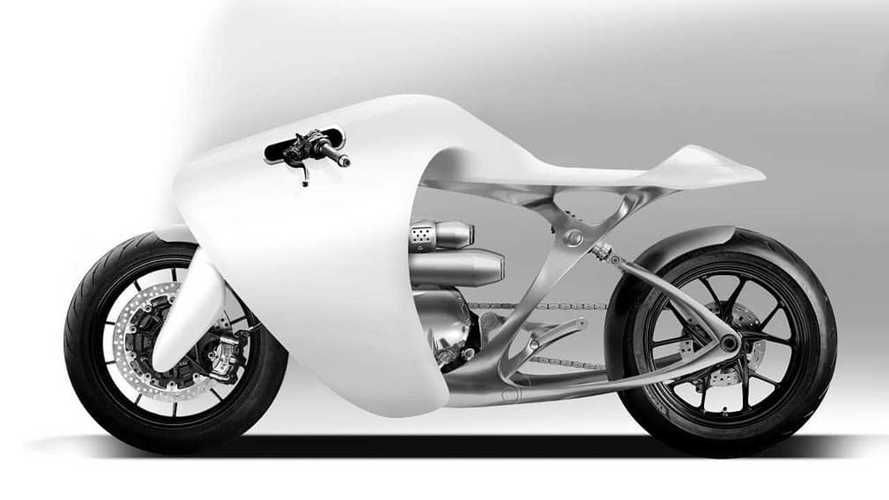 Bandit9’s audacious designs might make it seem like the custom shop is from outer space at times. Take the L-Concept, for example. Or the very recent Eve 2020. Still, the shop can be down-to-earth as well, as in the Merlin. Moving into 2021, B9 felt the time had come to push past another boundary—and this time, its sights seem set a little closer to Atlantis.

Motorcycles and water don’t typically mix—but can you honestly see the concept design for the Bandit9 Supermarine and think of anything else? Made to echo the graceful lines of the mobula ray, this design is what Bandit9 just announced that it will spend the year bringing to life. Mobula rays jump up and over the water, which is why Bandit9 named this project the way it did.

There’s nothing about this concept that isn’t utterly graceful and elegant. The way the front flows back over the tank and down to the saddle before swooping up just a little to create that tailpiece. The way the frame and swingarm work together to make organic shapes that appear as though they just grew that way. Do you ever look at coral formations and marvel at how nature did that? It will be similarly breathtaking to see when B9 brings this design to life.

In a way, the shape of the bodywork almost looks as though the ray is piloting the bike through the air, too—and the rider is just the one who’s lucky enough to hitch a ride on its back. One Instagram commenter noted that it looks difficult to turn—but, as we’ve noted before with some of B9’s and indeed some other customs, art isn’t always meant to be practical. It can be, of course—but that’s hardly a requirement.

“We normally don’t show concept designs in the event of failure. But sometimes you gotta roll without a safety net. By revealing this, I’m instigating a point of no return. For important things, I never liked plan B. It’s a way out. I’d rather fail,” Bandit9 wrote in an Instagram post.

“Bandit9 may not see 2021. But I’d rather see it burn than stay stagnant,” the shop continued.

“If you want to make great change in life or in business, you have to do just that: CHANGE. You cannot do the same sh*t, sit idly and pray for things to get better. This is Einstein’s definition of insanity. Obviously, there’s a possibility things will go belly-up but you gotta do something. ANYTHING. Then you can pray!”

Here’s hoping Bandit9 soars in 2020, because we love seeing what they create.