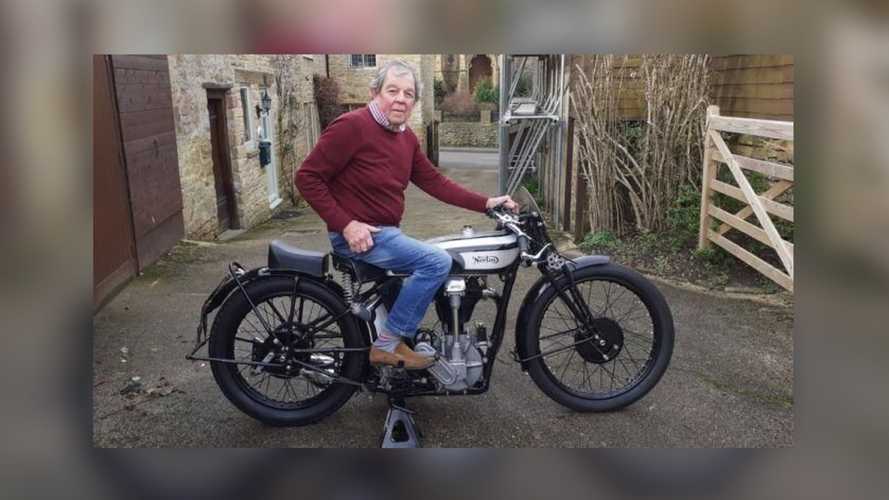 This classic Norton CSI is being sold to save the former United Reformed Church in Stoke-sub-Hamdon.

Bill Southcombe, an ex-RAF pilot and motorcycle racer is selling an extremely rare and rather pristine 1930 Norton CSI.

Indian Renews Partnership with AFT for 2019

Having flown hundreds of missions during the Cold War, Mr. Southcombe had a colourful career serving in the military. As a navigator and pilot for RAF Leuchars in Fife, he frequently flew Vulcan B2s bombers and Phantom fighter jets. A decorated pilot and highly skilled at commandeering fighter aircraft, Mr. Southcombe also bested the United States Air Force pilots in the Strike Command Bombing Competition in 1970.

If you’ve continued reading to this point, you’d surely say that Bill Southcombe is totally badass. Oh, did we mention that he completed the venerable Isle of Man TT races between 1965 and 1968? We’d say he’s nothing short of an adrenaline junkie.

At 77 years old, however, Mr. Southcombe has put his 1930 Norton CSI up for sale. The Norton CSI was an early iteration of what would be considered a modern-day sportbike. Produced from 1927 to 1939, the bike was built specifically to race in the Isle of Man Tourist Trophy. Featuring a 490cc bevel drive overhead cam single-cylinder engine, the CSI produced 25 horsepower—a power figure considerably high given the era. This propelled the CSI to a top speed of 85 miles per hour. The motorcycle weighed a mere 145 kilograms, considerably light even to today’s standards. The Norton CSI was rather successful during its seven-year stint at the Isle of Man TT races. Norton bagged 78 out of 92 races from 1930 to 1937 aboard the CSI.

Why would a decorated fighter pilot and motorcycle racer sell such a rare example of motorcycle history? Well, Mr. Southcombe has decided to sell his beloved Norton to save a Church. The former United Reformed Church is located in Stoke-sub-Hamdon and is facing potential demolition due to disuse and the need for development in the area. As such Mr. Southcombe and a handful of other villagers have decided to put in some extra effort to raise funds to save the church. “The church is beautiful, it is,” said Southcombe. “I am sad to be selling the bikes, but they’re not doing much good in the garage,” he continued. The 1930 Norton CSI is expected to sell for around €30,000, or $32,000.

The former United Reformed Church in Stoke-sub-Hanson has a special place in Mr. Southcombe’s heart. Apart from it being very beautiful, and a key landmark in his town, the church was built by one of his ancestors, Richard Southcombe, in 1866.