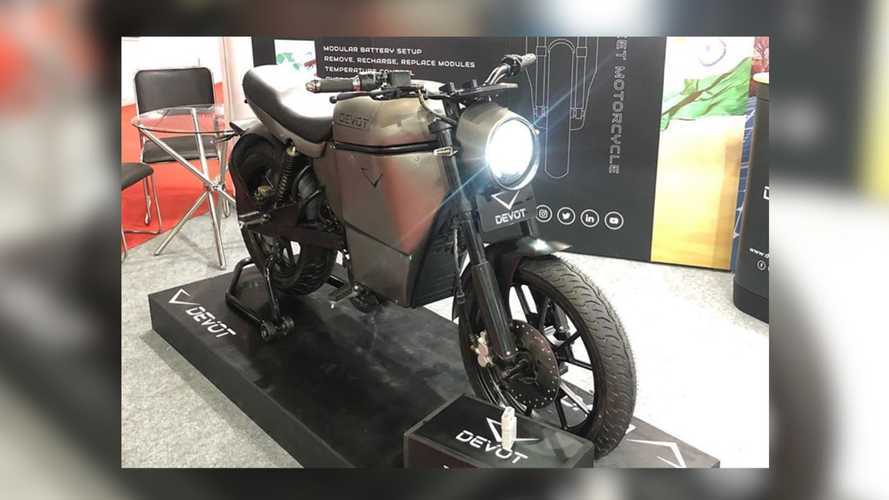 A sensible electric-powered commuter for the city.

The world of motorcycles is advancing at an extremely rapid pace. Manufacturers seem to continue pushing the envelope in terms of design and style—eking out every last drop of performance and efficiency. The world of electric motorcycles, in particular, has gained mass appeal and inches ever closer to mainstream status. Nearly all motorcycle companies have had a go at an electric-powered motorcycle in any way, shape, or form. With emissions laws and growing environmental concerns on the rise, it seems inevitable that the combustion engine is approaching its sunset years.

The Manic Energy Of The Custom Droog Moto E-Fighter

Several counties have the total obsolescence of internal combustion vehicles in their roadmap. India, in particular, seeks to put an end to the sale of internal combustion-powered motorcycles under 150 cc by 2025. As such, the Indian market is under a lot of pressure to provide affordable, reliable, and efficient means of transportation to replace the sub-150 cc motorcycle segment. The Indian market, as well as many other developing countries across Asia, rely on small-displacement motorcycles for day-to-day commuting.

Amidst the sea of startups vying for a slice of the electric motorcycle pie, one Indian company has caught our attention because of the simplicity of its proposed e-bike. Devot Motors is currently developing an electric motorcycle capable of churning out similar performance figures as its 150 cc, gasoline-powered counterparts. Claiming a top speed of 100 kilometers per hour (62 miles per hour) and a range of 200 kilometers (124 miles) on a single charge, Devot Motors’ electric bike stands a chance of gaining mass appeal assuming it falls within a favorable price range.

Devot Motors unveiled their project at the Auto Moto show in Delhi. A total newcomer to the industry, Devot Motors opened its doors in 2019. Their prototype is an honest representation of the future of practical electric two-wheeled transport—a welcomed slap of truth amidst the plethora of extremely high-performance electric bikes being rolled out at present.

As far as specifications are concerned, Devot’s prototype is decked out in things one would find rather commonplace in current 150 cc motorcycles in the market. LED lights and a TFT gauge, for instance, come standard for this model. Devot assures its potential customers that the bike excels in terms of range and can carry decent speed. The bike also features removable batteries which can easily be switched out, enabling the rider to travel farther. Apart from the convenient battery-swapping feature, the company also has a quick charging system in the pipeline. Devot claims the upcoming quick charge system can fully charge the bike’s battery in thirty minutes.

As far as styling is concerned, the Devot prototype features a modern-retro design, emphasized by the shape of the fuel tank (or what would be considered a fuel tank on gas-powered machines), dual rear shock absorbers, and inverted front forks.

Devot Motors hopes to launch its electric motorcycle within the year. In order to do this, the company has opened its doors to investors who are interested in supporting their initiative.

The future of motorcycling is undoubtedly heading towards the electric motorcycle segment. Companies like Devot Motors are hoping to make electric bikes more mainstream and accessible to the masses.