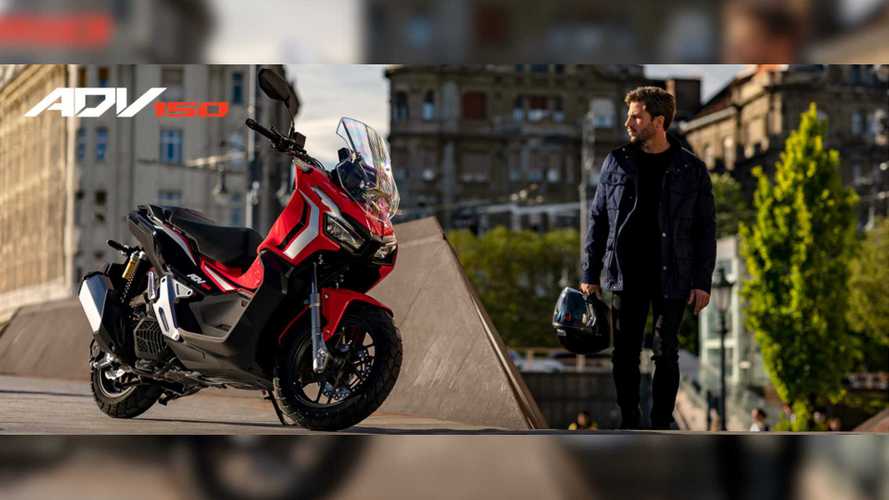 Friends, riders, lovely RideApart readers throughout the land—the U.S. is finally getting a member of the Honda ADV family of its very own! It’s not the X-ADV 300 that was rumored for a North American release as of 2019, though. Instead, new CARB filings indicate that the Honda ADV 150 is headed to the U.S. as a 2021 model.

First unveiled at the 2019 Gaikindo Indonesia International Auto Show, the ADV 150 wants so badly to show you how aggressive it is. It’s totally adorable, right? We don’t yet know precisely what the specs will be for its U.S. release, but the version unveiled in Indonesia last year is powered by a 149.3cc single cylinder engine making a claimed 14.2 horsepower at 8,500rpm.

Curb weight is just south of 300 pounds. 14-inch front and 13-inch rear alloy wheels come standard, as do disc brakes front and rear. It’s unclear whether all the “Tough” color options will be available in this country—seriously, in Indonesia, Honda called every single color “Tough [color name]” —but surely that information will come whenever Honda officially announces the ADV 150’s impending American release date.

Does this mean for sure that we won’t get the X-ADV 300 or the 750? There’s a lot of room in Honda’s current scooter lineup if the company did want to offer engines over 150cc in displacement. Currently, the PCX150 is the biggest scoot on offer at the Honda House, with both the Ruckus and the Metropolitan happy to sit at the 49cc end of the range.

Although they can be extremely useful, maxi-scooters have never exactly taken hold in the U.S. While the Honda X-ADV might have been impressing European audiences right out of the gate in 2018, larger scooters have typically been a more common sight on European roads to begin with. It’d be nice to get the X-ADV here, but it's unclear how well it would sell if it did alight on these shores. Can we live in hope, though? Yes, we can.