These Students Are Building A Fireblade-Based Electric Racebike 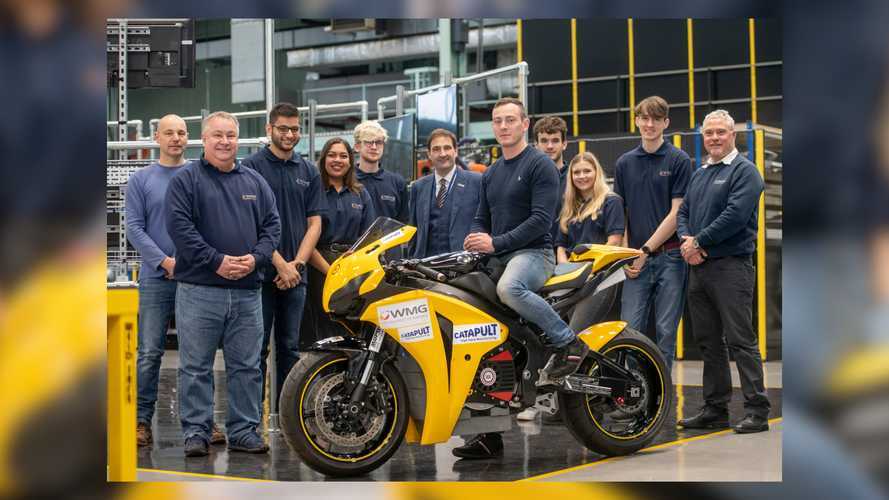 If you’re a group of students at an engineering-focused school, and you’re interested in motorsports, what do you do? If you’re at the University of Warwick’s School of Engineering, you form Warwick Moto and set your sights on developing an electric bike to race at the Isle of Man TT Zero.

Warwick Moto formally started up almost exactly a year ago, in February 2019. As the team and its vision coalesced, it set its first goal to get an electric bike on the grid for the 2020 TT Zero. However, later in 2019, the Isle of Man formally announced that it was scrapping the TT Zero for both 2020 and 2021, which put a significant damper on the team’s plans.

A setback for sure, but then the team realized that it had more time to develop its Honda Fireblade-based electric bike. It shifted its sights to race at the Isle of Man TT Zero in 2022—where it will hopefully podium. There’s plenty of testing, development, and other road racing to be done between now and then, so of course the team hasn’t allowed itself to rest.

Around 40 students from Warwick from a number of disciplines form the core of Warwick Moto. “The reason why I’m doing engineering is because of my interest in motorsports, be it four wheels or two,” said Warwick Moto project manager and School of Engineering student Aman Surana.t. “More than theory and the principles behind engineering concepts, it’s about the practical experience and finding real solutions rather than just what works on paper.”

“My work experience at one of Asia’s biggest custom motorcycle shops, Rajputana Custom Motorcycles, helped reinforce my passion for motorcycles and is the reason Warwick Moto exists,” he continued.

Rajputana Custom Motorcycles and Mupo Race Suspension are just two of the moto businesses that have stepped up to sponsor Warwick Moto in this momentous task. On February 17, 2020, the team announced that it had recruited 2016 Senior Manx Grand Prix winner and IOMTT competitor Tom Weeden to test, develop, and race its bike in competition.

From 3D scanning to stripping and cataloging every nut and bolt of the donor Fireblade for learning and engineering purposes, Warwick Moto has also been posting intriguing glimpses into its progress on both its Facebook and Instagram pages. The team is also currently crowdfunding to raise money for additional bike development via JustGiving, if you’re interested in supporting it.