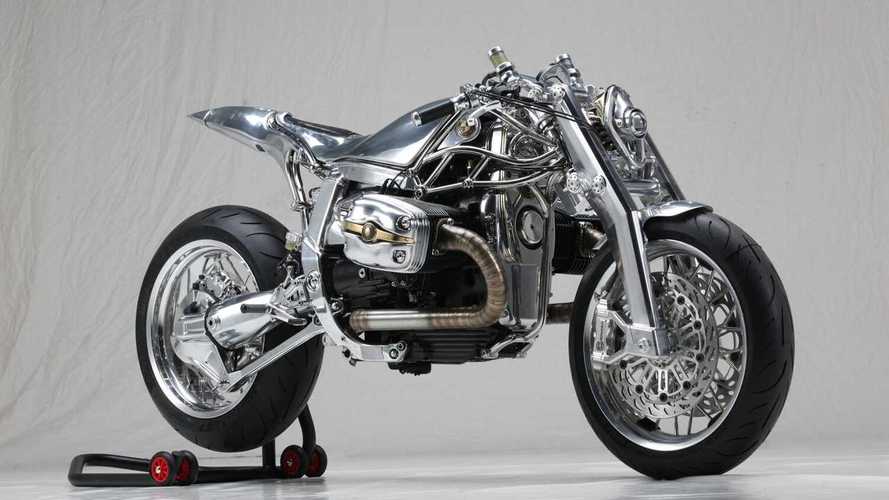 Between 1998 and 2005, the BMW R1100S was a great option for a sport-touring motorcycle. At the time, the eight-valve, 1,085 cc opposed-twin was the most powerful BMW boxer ever made and pumped out 98 horsepower. Equipped with clip-ons, rear sets, and cowl-covered pillion seat, the $1100S could crush highway miles and battle with sportbikes in the twisties.

In The Next Life:

With that said, when a client asks for a custom build based on Beemer’s consummate sport-tourer, it never hurts to have a helping hand. For that reason, Milan-based custom shops Officine Mermaid and Radikal Chopper teamed up to deliver an R1100S like no one has ever seen.

Recently crowned ‘Best in Show’ at Motor Bike Expo 2020 in Verona, Italy, it seems like BMW’s bygone sport-touring platform is a pretty good starting point for a custom build. With a 6-speed transmission, dual ignition, and fuel injection, the R1100S can still keep up with the demands of the modern roadways. A composite aluminum frame, premium suspension, and a single-sided swingarm encasing the rear driveshaft allowed the team to begin the build on the right foot.

However, Officine Mermaid and Radikal Choppers were looking to make a statement and that required a major facelift for the aging Beemer. Mixing equal parts of futurism and nostalgia, the builders swapped out BMW’s patented Telelever front end for a polished hand-made girder fork. Then the team stripped the R1100S of its OEM plastics and clad the sport-tourer in alloy bodywork.

Continuing the metalwork mania, the two shops juxtaposed the sleek polished aluminum bodywork with a web of trellis tubing at the frame’s neck. A custom pie-cut exhaust also snakes its way to the rear of the bike and exits under the seat. Custom valve covers and tank badges add a touch of contrasting bronze and break up the reflective metal surfaces just enough.

Finishing off the build, Officine Mermaid and Radikal Choppers updated the brakes with Discacciati calipers and swapped out the stock rims for a cast wheelset resembling spoked wheels. The builders also fabricated the housing for the robot-eye headlight and the front mudguard. Upgraded levers and new clip-ons round out the build with simplicity, and of course, polished aluminum.