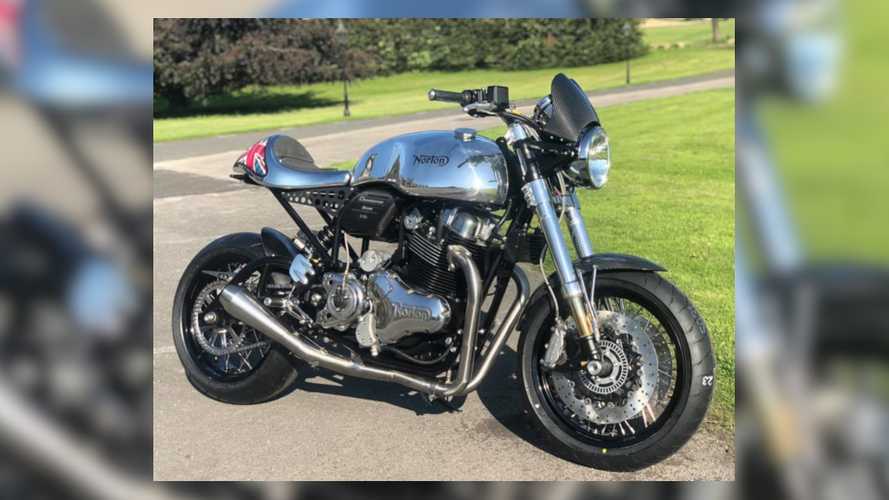 Those closest to the scandal are speaking out.

When Norton Motorcycles went into administration, the plan to search for another buyer was immediately announced. Although it doesn’t currently seem like that plan has changed, another important thing has changed for the 70 or so employees at the factory. No one has been laid off at this point—but the factory has been closed and production is now completely stopped. Even after BDO took over on January 29, 2020, production continued until the second week in February.

From Gamekeeper To Poacher:

Weekend WTF: Only Keanu Reeves Can Save Norton
⠀

According to the Leicester Mercury, around the time that BDO removed the Norton Motorcycles fleet of luxury British vehicles from the premises concrete blocks were placed at the entrances to stop anyone going in or coming out. That publication reports that staff is still being paid at this time, as far as it knows—which speaks to BDO still trying to find a buyer for the extremely troubled IP.

Those concrete blocks aren’t quite crime scene tape, but they certainly almost have that feel when you take a few other new pieces of information into account. What about that February 13 hearing with the pensions ombudsman? In a move that likely surprised no one, Stuart Garner didn’t even bother to show up.

The pensions hearing, such as it was, still went on regardless of his lack of attendance. Incidentally, the story of Robert Dewar and his daughter Sally Holmes that we mentioned when all this started has received no kind of satisfactory resolution. Dewar, who had multiple sclerosis, has since died, having never received any of his money back. It has also not been returned to the family in the time since his death, reported the Guardian.

If you follow SuperBike editor John Hogan on Twitter, you’ll know he’s been hard at work interviewing knowledgeable sources about Norton since well before the pensions scandal became international news. On February 17, 2020, the first in a planned series of interviews with people who lived different moving parts of this story went live.

Stuart Tiller is a former business partner of Garner’s, and was one of the founding members of Spondon Engineering. According to Tiller, he hasn’t had anything to do with Garner since 2013, which is when he realized the full extent of how badly Garner had taken advantage of him, as well as Spondon’s solid reputation. In the interview, he alleges that the funds Garner used to initially purchase Norton Motorcycles came from fraud in the first place, perpetrated against Spondon Engineering. If you have even a passing interest in the greasy inner workings of this story, you’ll want to read it and follow Hogan’s digging closely.