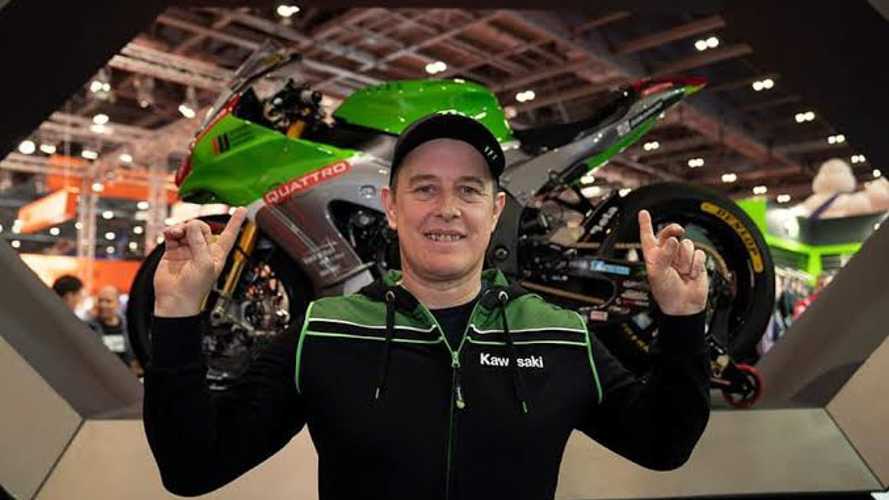 The 23-time winner will be racing on a special Kawasaki ZX-10RR.

Participating in and completing the Isle Of Man TT race is no small feat. Arguably the most prestigious and perilous road race in the history of motorsports, the Isle Of Man TT has been a hallmark of motorcycle culture for over a century. It goes without saying then, that winning the race 23 times cements your name as legendary. This is exactly what John McGuinness has done, and he shows no signs of slowing down.

In Other Racing News:

For this year’s Isle Of Man TT, John McGuinness will be piloting the Quattro Plant Bournemouth Kawasaki ZX-10RR. Unveiled in a press launch at the London Motorcycle Show, the Kawasaki ZX-10RR will be the first time the 23-time winner will be racing a Kawasaki-powered machine. The ZX-10RR will be racing in the RST Superbike category, RL360 Superstock and Senior TT Races. Additionally, McGuinness will be racing the new bike in the Superbike and Superstock races in May, at the NW 200.

McGuinness expresses delight and excitement when asked about his sentiments about the signing. He went on to explain that Quattro Plant Bournemouth Kawasaki’s success with fellow racer James Hillier speaks for itself in terms of the team’s results and reliability.

McGuinness’ last podium finish came in 2016, when he took third at the Senior and Superbike TT races. He seeks to eke out a championship with Kawasaki in this year’s races. The 2020 Isle Of Man TT is scheduled for May 30 to June 12.