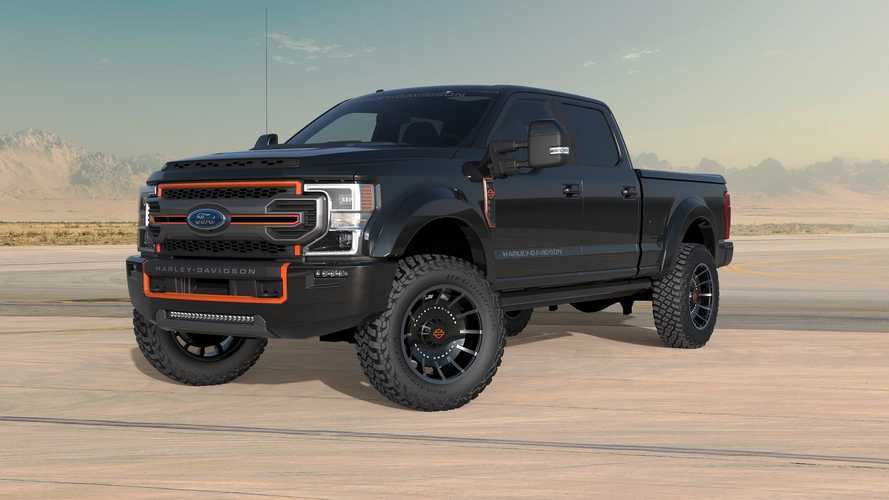 It was just a phase!

The Blue Oval and The Bar and Shield are back together again. Thank goodness, because I was starting to get concerned that I wouldn’t be able to get a new overly-large pickup truck with styling inspired by the Fat Boy. The new Harley-Davidson F-250 edition will be built by Tuscany Motor Co. in Elkhart, Indiana. Tuscany is the very same custom truck operation that builds the Harley-Davidson edition GMC Sierra.

A Story As Old As Time:

Beginning with a new 2020 Ford F-250, Tuscany then adds over 65 edition-specific components, including Harley-Davidson branded 22” wheels to ape the Fat Boy’s wheels. There are more than a handful of HD badges on this new truck, so nobody will doubt your allegience to The Motor Company. To be sure that your truck is as unique as you are, the center console is fitted with a numbered badge.

There's no word on the truck's price, but if former models are anything to go by it's sure to be eye-wateringly expensive. Units go on sale at Ford dealers in April of 2020, so start saving your pennies now.