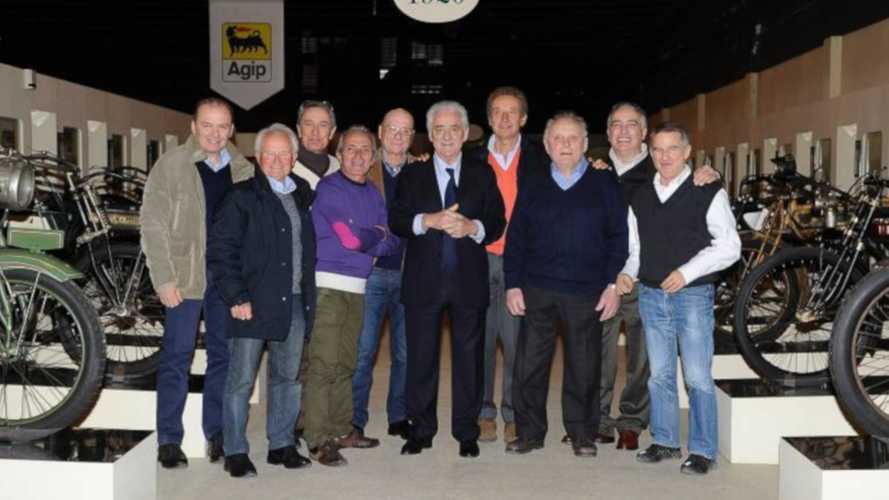 Motorcycle craftsman, designer, all-around genius, and lover of all things mechanical Giancarlo Morbidelli died in a hospital in Fano, Italy following a long illness. He was 85 years old, and he leaves behind a family, friends, and a worldwide motorcycling legacy.

Best known for his Morbidelli Grand Prix motorcycles, many Italian racing legends piloted his machines. Paolo Pileri, Pier Paolo Bianchi, and Mario Lega all won races on his bikes. Graziano Rossi—Valentino’s dad—also raced for MGP. Morbidelli was a guy who didn’t know how to quit, and was still doing things like building 850cc V8 motorcycle engines in the ‘90s. Pesaro mayor Matteo Ricci called him “un genio assoluto della meccanica,” or “an absolute genius of mechanics,” according to La Gazetta Dello Sport.

In 1999, Morbidelli realized another dream of his upon opening the Museo Morbidelli in Pesaro, showcasing the 350-plus motorcycles he’d spent a lifetime collecting and/or building. After two decades, the museum was eventually liquidated in 2019, and most of the collection found its way to auction with Bonhams in Autumn 2019.

A shining example of Morbidelli’s painstaking attention to detail is one highlight of this particular event: a 1964 Ducati 125cc 4-cylinder race bike created by Fabio Taglioni. According to Bonhams’ documentation, this particular bike was thought lost before the engine was found in Russia and its chassis turned up in the former Yugoslavia. Not a man to be deterred by such a simple concern as geography, Morbidelli reassembled and restored this bike to its former glory.