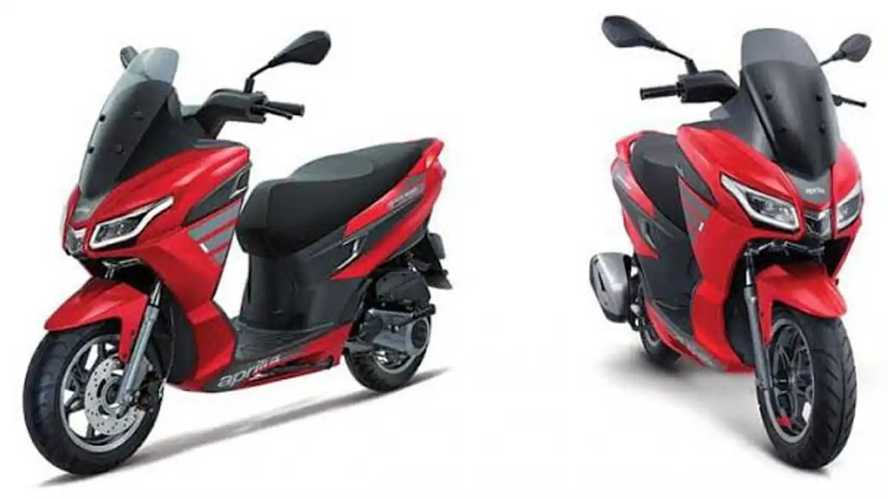 This is going to make for a zippy little commuter.

Low displacement motorcycles and scooters are about the last things that come to mind when thinking about upmarket Italian motorcycle manufacturers such as Aprilia. Rather, high-performance machines chock full of the latest technology seem to better fit the bill.

Helmet Maker Ruroc Is About To Launch Its Second Moto Lid

However, with trends leaning towards low displacement, more affordable motorcycles, manufacturers need to adapt in order to stay afloat and finance the production of their higher end models. This is exactly what Aprilia, headed by the Piaggio group, has done by launching a low displacement scooter dubbed the SXR for the Indian market. The Italian marque stared that the new model is slated for commercial release by the third quarter this year.

The scooter will be available in a multitude of options ranging from engine size to color combinations. It will be powered by either a 160cc or 125cc mill—both of which are BS-VI compliant and run 3V fuel injection technology. Customers will be delighted to know that they will have four different color options to choose from: red, white, black, and blue.

Scheduled also for release in India, is the Vespa Elettrica—a potentially popular all-electric scooter designed specifically for the Indian market. The electric Vespa has been claimed to have a range of 100 kilometers (62 miles) on a single charge, fair game in the increasingly popular e-bike segment. This is definitely going to add to the already extensive options for electric two-wheelers in India.

Diego Graffi, CEO and Managing Director of Piaggio Vehicles stated that he is looking at improving the company’s presence in the rapidly growing Indian motorcycle industry. India has proven itself to be a strong proving ground for motorcycle manufacturers with big names such as KTM and Triumph partnering with local manufacturing giant, Bajaj. Oftentimes, bikes which have gained popularity in the Indian market go on to gain mass appeal across the Asia Pacific region.