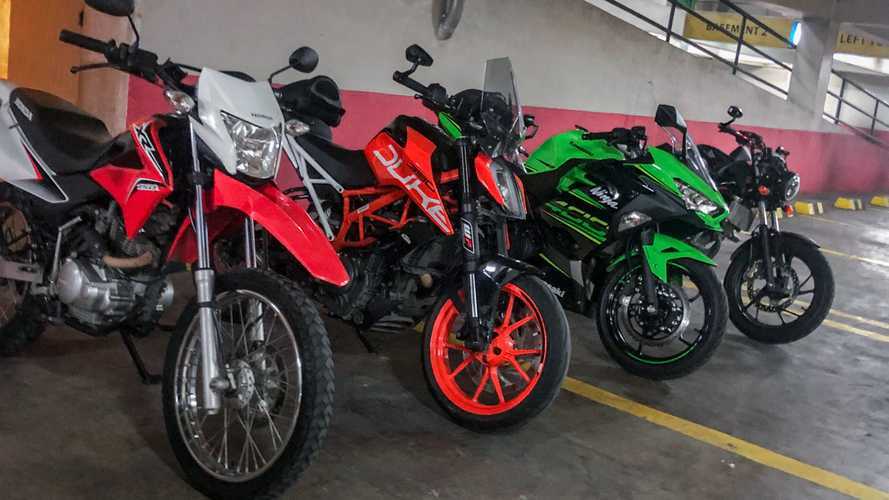 The motorcycle industry is booming here.

When it comes to miserably hopeless traffic, nearly all countries pale in comparison with the Philippines. In fact, in a traffic index study conducted in 2019, Metro Manila, the capital of the Philippines, was found to have the second heaviest traffic in the world, next only to Bengaluru, India.

A major cause of the unbearable metropolitan gridlock found in the Philippines is the lackluster public transport facilities. As a result, residents who have the means to do so, opt to purchase their own vehicles. This has led to a staggering number of cars plying the streets at any given time.

It would come as no surprise then, that car owners with practicality as their top priority, would make the shift to two wheels. In fact, the rise in popularity of motorcycle taxis or habal habal, as well as ride-sharing apps like Angkas and Joyride are telltale signs that people are trying to find ways to beat the traffic. However, as more and more people rely on these services to get around, motorcycle taxis are becoming overloaded, and booking rides, especially during rush hours can get extremely difficult. As such, many Filipinos prefer to have their own vehicle for personal use.

Carousell, a Singapore-based classifieds website, released a report stating that Filipinos had a significant increase in searches for motorcycles in 2019. Among the top brands searched were Yamaha, Ducati, Vespa, Honda, and Harley- Davidson. The report claims that the increased demand for motorcycles is the result of worsening traffic conditions in the metro.

Even prior to the sudden worsening of traffic in the Philippines, motorcycles were seen as a low cost mode of transportation for the working man. The ongoing worsening of traffic has led to an increase in higher-end, performance-oriented motorcycles plying the streets, as potential car buyers opt out of buying new cars, and get motorcycles equal to, or close to the value of their would-be cars instead.

Despite traffic being a total waste of time and energy, it has arguably paved the way for an even stronger motorcycle industry in the Philippines. In the past three years alone, several brands which are considered upmarket have begun and/or expanded operations in the country. New models from KTM, Benelli, CF Moto, Triumph, and Aprilia among others have made their way into showrooms and onto city streets and highways. The selection of motorcycles in the Philippines is extremely broad with brand new entry level bikes available for under $1000, and high performance sport bikes for as much as $50,000.