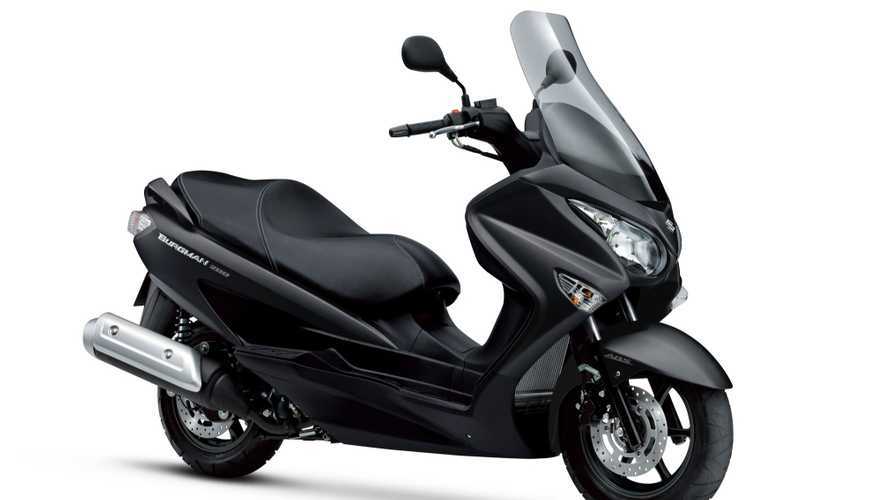 Another one bites the dust.

The Suzuki Burgman is a staple of the scooter segment. It’s been around for a little over 20 years, and several versions have since been introduced. In the U.S., we have access to three of them—200, 400, and 600cc—but that could be about to change. Rumor has it that almost all the versions of the Burgman are being replaced by new scooters. To set the record straight, French site Moto Station reached out to Guillaume Vuillardot, business manager for Suzuki France, to question him on the matter. It looks like there’s truth to the rumor after all.

The reporter got to ask Vuillardot a few very pointed questions about the future of the Burgman family. While Vuillardot’s first answers were prudent and vague, the writer eventually got him to open up and be more candid about the situation. According to the interview, the Burgman 400 will be the only one to make to cut and to receive Euro 5-compliant upgrades. The 125 (sold in Europe), 200, and 650 versions will be pulled before the end of 2020 and replaced by what Vuillardot refers to as new urban commuting options.

He adds that those “new options” will also be scooters or, to be specific, he answers the reporter’s question with “we can absolutely call them scooters.” Maybe this means that the new vehicles won’t be scooters in the classic sense of the word?

Interestingly, according to Moto Station, the Burgman 400 isn’t the best-selling version of the model; the entry-level 125 and flagship 650 are. The decision to keep the 400 around might stem from the fact that the model was redesigned from the ground up in 2018. Sales of the Suzuki scooters are, however, very slim compared to their Honda and Yamaha counterparts which could explain why the manufacturer is looking at a new urban mobility strategy.

Of course, the interview focuses mainly on the French state of affairs—Vuillardot doesn’t mention any global impacts. However, considering most companies renew and discontinue their models across most markets based on the new European emissions standards, it wouldn’t be surprising for the decision to affect Suzuki’s North American lineup. The current Burgmans are only Euro 4 compliant and manufacturers are expected to up their game to meet the new Euro 5 regulations taking effect this year.